TRICK AND TREAT vs BRIBERY This debate is liable to raise hackles. Not your dog’s, but from the disagreements about whether using treats is “training” or “bribery”.

Reward-based trainers wouldn’t leave home without a full treat bag, while those using other methods (if any) are convinced that this is bribery. The truth lies somewhere in between, so relax the hackles. The bottom line is really how and when treats are used, and why.

The laws of behaviour are simple: a behaviour that is rewarded and reinforced is likely to be offered more frequently than one that is not.

It’s not rocket science – a child who’s praised for work done well (and possibly given the odd reward from time to time) is likely to keep working. A child who’s told that if his report card is good, is basically being bribed to work hard if the bribe is something worth working for. If he gets a bad mark, he’ll stop working, knowing that his promised reward will fall away.

Dogs don’t have the same level of cognitive response as that of humans. They communicate with body language and have instinctual drives that often determine their behaviour (think of sheep dogs.) The good trainer knows this and will work within these parameters.

Dogs like to be around us. If we are happy chatters, making our time together interesting and fun, the dog is likely to be attentive to what we do (body language) and how we chat (they respond to tone and volume of the voice). So, if Fluffy is hell-bent on chasing a squirrel, you can be sure you don’t have his attention!

Thus, at various times of the day, with varying levels of distractions, we slowly start to request alternative behaviours to those that are not acceptable and reward them to ensure that they’re likely to be repeated.

Use and misuse of treats

Remember that our aim is to reward and reinforce “good” behaviour. One way to do this is to “lure” the dog to respond, e.g. holding a treat and lifting it above Fluffy’s head to get his butt on the ground. He then gets the treat. It works, but is it treating or bribing?

Bear in mind that we should reward Fluffy only after the behaviour we are asking for is presented. Basically, luring is bribery, as the dog is doing something you want in direct response to the treat.

Used correctly, where communicating the desired behaviour is really difficult, it might be a starting point. For example, when teaching a dog to weave, I might use a lure a couple of times, using body language at the same time, and then rely on the body language he recognises to communicate with him, while introducing treats after the event or even a tendency towards the wanted behaviour. Whatever we are doing, we’ll break the learning down into small sections and reward each stage.

This can be very powerful when building a response. For example, I’m working on the “settle”. There are a number of movements that will form a sequence: dog goes towards bed; dog gets onto bed; dog lies down; dog stays lying down until given a “free” cue. If I praise and reward each movement when I see it, I am capturing. I can then reward and reinforce whenever he does that, until he’ll do it on cue.

Until now, I’ve not mentioned cues, as they’re usually appropriate only when the dog is paying attention and is likely to succeed. In the above sequence, once I’m sure that he knows going towards the bed is a good idea, I can add the cue “bed” and proceed. He now associates the sound of the word and my tone with the idea of moving to the bed.

We’ve all seen frustrated owners calling their dogs to “come” – raising the voice and possibly with an angry tone – and the dog does not respond. “Come, Fluffy, come here”. No such luck; Fluffy has found something to distract him that’s more motivating than an owner who may respond with punishment.

This may satisfy the owner but cause the dog to make an association whereby this recall simply means something bad is going to happen, even if it’s just a “bad dog”. Hard to say with a warm and encouraging tone.

Using a clicker or voice, the reward-based trainer will “mark” the correct behaviour as soon as possible. They will then produce a treat to reinforce the behaviour.

It’s a big, bad, scary place, the environment. Many people expect their dogs to adapt happily to whatever surroundings (environment) they’re taken into. It’s our job to make it a safe and happy place to be. We may well scatter treats to refocus our dog, or play with a favourite toy.

Dog tricks, dancing dogs, working dogs – how do they do it?

It takes a lot of time and patience – but basically the owner choreographs the performance into a series of movements that are taught separately and then linked together. You can be sure there’ll be a happy playtime or something amazing to eat as soon as they leave the ring!

Sheep dogs herding: it’s instinctual. Border Collies are happy to herd anything that moves. But again, they’re trained with a whistle and body language to sort out the somewhat reluctant sheep. Part of the reward is doing what the dog loves and following its instinct. It would be something else to try and teach the Collie “stare down”, which is enough to get any sheep into line. The farmer doesn’t need to use treats as a reward, since the dog is happy working according to its instinct.

Police dogs and service dogs go through intensive training from an early age, and by no means do all of them “graduate”. Certain breeds are generally thought to be better at their specific jobs, e.g. German Shepherds and the Belgian Malinois for police work.

And the bottom line – at times you may use a lure for a very short time and then move on. Bribery has only a tiny space in reward-based training, which is based on the laws of science. It’s humane and rewarding for everyone, dog and owner alike.

It’s worth having a quick check over your training methods to ensure you’re setting your dog up to succeed. An agility dog doesn’t just run the course (which is marked on a board or on paper for the handler) as, without the handler’s direction, he can’t know which obstacle to respond to. He’s also learned that at the end of his run, there’ll be a toy or treats to celebrate his success. 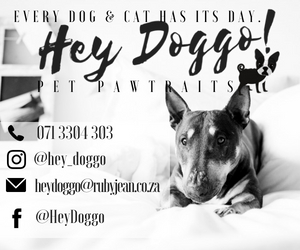