Older animals are no different from older people and are commonly afflicted with visual problems. Causes are varied and range from normal ageing changes, such as nuclear sclerosis and senile cataracts, to more severe conditions, such as retinal detachments, which are often associated with systemic disease.

The good news is that blind pets actually seem to cope well in their surroundings, especially if the visual impairment has a gradual onset. It’s important to remember that our pets rely on us regardless, so if they require slightly more assistance, it usually isn’t too much extra work. Situations in which pets are blind and deaf can be trickier to manage and do require an increased awareness from an owner. However, with a little patience and organisation, it’s definitely possible to care for a blind pet and have them with you for many years to come.

Signs that your animal may be losing vision include:

Signs of a painful eye include:

Common causes of blindness or visual impairment in older animals:

More common causes of blindness include:

It’s important to note that some causes of blindness may indicate an underlying health condition such as kidney failure or diabetes. If you’re unsure and concerned about your pet’s vision, schedule a checkup with your regular vet. If they’re concerned they may refer to a specialist veterinary ophthalmologist for further testing and diagnostics. Certain visual problems may be corrected, whereas others have no known cure or are simply left too late to be fixed.

If you have a blind pet, setting up your house correctly and safely, sticking to a routine, and, above all, keeping things the same is crucial.

If you don’t have another pet at home, now couldn’t be a better time to get a guide pet for a blind pet!

A changed life for Choppie

Written by Nadene Brown and photography by Brown’s Woodbees Photography The hunting pack was badly neglected and in terrible shape; they had no proper shelter and weren’t fed properly. Seven years ago, this pack was confiscated from their “home” in Orange Farm, a township outside Johannesburg.

Among the pack was a black-and-gold mongrel – Choppie. Not only was he neglected, but he had eyesight and hearing problems; it was suggested that he be humanely put down because it was a condition that couldn’t be fixed.

We at Spirit & Soul Rescue decided to adopt Choppie. He quickly became part of a new pack, only this time around, it wasn’t a hunting pack but a rescue pack.

Choppie is now part of a family of seven playful dogs and, for the first time, is loved and looked after. After being treated with antibiotics and vitamin B complex, his condition improved and he was nurtured to good health. Sadly, his eyesight and hearing deteriorated.

When he arrived at the sanctuary, he still had some sight – enough to get into trouble. With there being about 20 horses and several dogs around and him being partially sighted, if anything could go wrong, it would be Choppie in harm’s way. So, this clever dog learnt very quickly that a horse is a “very big dog” and to stay out of their way.

By the next year, Choppie was totally blind and deaf. He would sit and “stare” at a wall, not knowing that there was a door. When you opened the door, he felt the breeze and off he went.

He’s actually very good and doesn’t generally bump into things. Put him in a new house and, after giving him half an hour or so, he’ll have found his way around, happily walking without bumping into things, as long as you don’t put something in a place where it’s not supposed to be. Whenever we get something new, we introduce it to him so that he knows where it is and won’t walk into it.

John, the founder of Spirit & Soul says, “When I’m not there, Choppie puts his nose to the ground and ‘tracks’ me. I’ve watched him: for example, I’d walk to the gate or down to the horses, and then he notices I’m not there and wants to be close to me; then he’ll track me. Instead of coming straight to me, he’ll run to the gate and then back again, following my scent until he gets to me.

“Choppie runs with his nose flat to the ground – and he really moves, hey! He is a fantastic tracker. He grew up as a hunter and it’s come in awesomely with him.”

The horses knew he was blind

The amazing thing was that when Chops lost his eyesight, the horses were extra careful around him. One of the horses was usually very aggressive; if any of the dogs would dare go into his paddock, he would charge them, and yet Choppie could go in there and even sleep with him in the stable.

The horses knew he was blind and none of them ever harmed him. Especially around the horses’ feed time, they would actually carefully walk around him so as not to hurt him. The horses often run up and down and, being blind and deaf, Choppie just sits out there, not realising the danger. The horses in fact go out of their way to bypass him; any another dog has to get out of their way.

Choppie has been with us at the sanctuary for almost seven years now. He’s still in good health, although he’s at an age where he enjoys sleeping most of the day. Choppie is a very special soul and an integral part of the sanctuary. According to the NSPCA, hunting with dogs (i.e. poaching) is illegal but is on the increase.

Often referred to as “taxi hunting” because the dogs are transported in taxis to the hunting area, this practice is cruel and has a negative impact on biodiversity. In fact, according to the Endangered Wildlife Trust, taxi hunting has played a major role in the declining population of oribi in KwaZulu-Natal. CapeNature Conservation has experienced a marked increase in this practice along the West Coast, with hunters frequently entering nature reserves and hunting down animals such as foxes, antelope, and porcupine.

Unfortunately, the dogs themselves are often mistreated, with a common conception being that, by starving the dog, you make it more eager to hunt. They are also at grave risk of injury, such as broken legs or embedded porcupine quills, and are transported in unacceptable manners with their basic needs not provided for. In some areas, dogs are shot when their owners cause them to trespass on farmlands and the dogs attack or kill sheep, goats, or other livestock. Many die during the hunts.

The reason behind the hunts is not as simple as “feeding the hungry”, although some are, indeed, eaten. People bet on the dogs and how many animals they will kill. Some of the animals may also be used for muti, or their parts (such as skins or porcupine quills) harvested and sold.

The NSPCA emphasises that “dogs cannot be blamed for what they do. They are trained to perform this function and their loyalty lies with their masters”.

Unfortunately, prosecution hinges on poachers/hunters being caught in the act. If you see hunting/poaching taking place, contact your nearest police, SPCA and nature conservation immediately. Do not approach poachers or try to stop a hunt yourself. 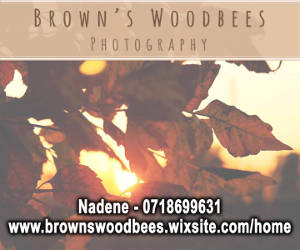