Olive arrived at our gate being held by two young men who said that they’d seen a lady dump her in a basket in front of the Shoprite in Milnerton. We have learnt not to believe everything people tell us, but our focus was on Olive so we took her from the two men and off they went.

A little scrap of life

The tiny dog’s body was very frail; she was very skinny and covered in fleas and bumps. She didn’t have many teeth and most of what she had were rotten, while she looked blind in one eye and didn’t appear to be able to hear much. We looked at the neglected body of this supposedly “sought-after Yorkie breed” and just sighed. There is no such thing anymore. There are too many animals, too many “pedigrees” from backyard breeders and too many irresponsible people supporting these money-hungry humans.

But back to Olive. Of course, the thought of putting her to sleep crossed our minds, because WHO would adopt such an old dog that to us looked like she was pretty much on her way out? We worried that her little body had already been through enough.

But then, amazingly, she got up. The neglected little scrap of a dog wobbled along, looked up at us directly in our faces and began to wag her tail. How on earth could we possibly give up on her? She clearly still had a spark of life in her! And that is when we named her Olive and sent her for a check-up at the vet. Of course, we were all on edge because we knew that it was possible that the vet would give us very bad news with regards to her overall condition and then suggest that putting her to sleep would be best. But it wasn’t all bad: according to the vet, she looked at least 10 years old and had been neglected for quite some time. She had a bit of arthritis and could see, but not as well as she used to, naturally, and she was deaf. The main concern was Olive’s teeth; they were in a very bad state and we would have to sort them out as soon as possible, because rotten teeth could literally poison her. The vet wasn’t sure how much longer she would live: possibly six months or five years – she could easily surprise us all.

We made the decision to see how she’d cope and whether she’d need ongoing pain management for her arthritis, have her teeth sorted, etc. – and whatever was needed we’d cover it so that whoever adopted her would not have to sit with those costs. Lucky little Olive then went to a foster home with one of our very dedicated foster moms to recover for the next two-and-a-half weeks. Olive followed her everywhere – and she was quite cheeky with the foster’s Maltese when she wanted to be!

Our foster mom, Andrea, did an amazing job with Olive. She was taken to the parlour, got fed and gained weight – and she received lots of love. It didn’t even take much to get her house-trained. She was clearly a very special little girl and Andrea loved having her there. When we visited Olive, we were absolutely stunned at how much younger she looked; her condition had improved tremendously and she was way more alert! It was beautiful to see!

Once we knew she was strong enough, we decided to post Olive’s story on Facebook and see if there would be anyone willing to give her a retirement home. Wow! Were we amazed at the response! We had several enquiries from people willing to give her a home, plus many people willing to donate towards her. It was truly amazing. We were so happy for our little Olive. After lots of phone calls, and narrowing down suitable applications, we finally found a home where we believed Olive would fit in best. I had a strong feeling that this couple had to have Olive in their lives; their names were Graham and Irene Thomas. Having recently lost their two beloved Yorkies, they were still very hurt and hadn’t planned on getting another dog... until they saw Olive. They felt that they could give her exactly what she needed – and they were right.

Once we visited their home and saw how incredibly loved and cherished their previous Yorkies had been, we knew for sure: this is where Olive belongs. Graham and Irene are both retired, so she would be their only focus at all times. Olive wouldn’t have to worry about any other dogs (and she really couldn’t care less about any other dog). This was Olive’s time and she deserved to be pampered until her very last day on earth.

Olive’s new “parents” report that she’s settled in extremely well. She has a healthy appetite and gobbles down two meals a day; she loves her treats and enjoys two walks a day. A ride in the car to the shops or to somewhere to walk is tops and she absorbs love and attention like a sponge!

Thank you to Graham and Irene for opening up your hearts and home to give Olive the retirement home that she so badly deserved. We are also very grateful to all those who contributed towards Olive’s care.

Another happy ending, another good human, and another life saved! 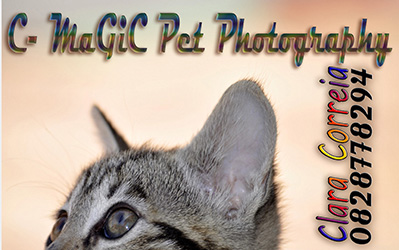