The best for Bowie When I saw the heart-rending picture of a tiny brown-and-white scrap of a pup on PETS Facebook page, he reminded me so much of Frankie, a rescue doggie that we’d lost a month previously. Tragically, Frankie had died on the operating table at the vet, which absolutely broke us. So, when I saw Bowie’s photo, I immediately offered to foster him.

My hubby, Myles, collected him from Gordon’s Bay on Wednesday, the 22nd of May 2019. Bowie was tiny, weighing only 2.9kg, and was in a very bad way.

He was absolutely exhausted from trying to survive outdoors, scrounging for whatever he could find to eat, and covered in sores. We weren’t sure whether he was contagious or not, but we took every precaution to avoid our two dogs from becoming infected in any way, just in case.

We took him straight to Citi Vet Gardens and were very relieved to find he had no Giardia, Biliary or Parvo. We started treating his skin for a bacterial and yeast infection; I washed him every second day for a month with Malaseb – a brilliant shampoo that you leave on for 10 minutes (this became a huge challenge the healthier he got, as he no longer fitted in the sink and didn’t want to stand still!).

My friend Cornell named him Bowie as he had a zigzag of white fur on his back. Everything was and still is a game for baby Bowie!

Getting to know you

The first few nights I slept in the lounge with him snuggled on my chest; he absolutely stank from his skin infection, but that didn’t matter to me. He was so little and absolutely loved being held while he slept. He used to have a lot of bad dreams; I’d just put my hand on him and he’d sigh and fall asleep again immediately.

What an amazing quick learner – he just wanted to get everything right and to be loved. Going from no food to always having food was very important to him, and he still eats like a beast.

Bowie got stronger every day and absolutely thrived with all the good nutrition, attention and grooming. And it certainly paid off – his fur is silky and soft, and his digestive system has repaired itself.

We were very eager to discover what breeds were involved, and as a previous client of MuttMix, we decided to have Bowie “MuttMixed” too.

We had NO idea what breeds made up little Bowie, and receiving the results was astounding, to say the least. What a beautiful special boy he is, and we’re forever grateful that he has found his forever, perfect home with Miquel and her other fur baby, Zara.

When the sweetest little boy, giant paws and all, strolled into my home, I knew I was a goner.

Having been a foster mom, you learn to put up a few walls, but no one can resist Mr Bowie’s insatiable charm. It only took me a week to realise what a special boy I had staying with me. His beautiful, caring nature and boisterous attitude had everyone mesmerised.

I knew the moment Michelle of PETS messaged me to say that he could be adopted that he was going nowhere!

He fits so well into to our home, getting along with my dog, Zara – they have stampeding sessions along the hallways, and the game of tug-of-war is an ever-present thing in this household. He’s always the first in line at meal times.

He’s such a perfect addition to my pack, adding so much love and uncontained excitement.

I can’t wait for so many years of happiness with him; Bowie deserves only the best!

The fur is only made up of 3% of the DNA and can be impacted on by any and all of the breeds in the DNA. Bowie’s fur has been quite strongly impacted on by the Parson Russell Terrier and Rhodesian Ridgeback, while his other features are very German Shepherd Dog! 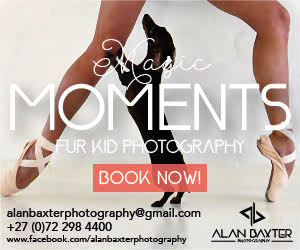 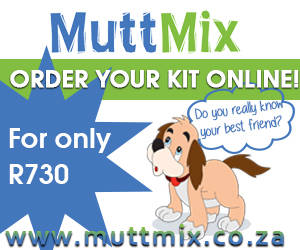