FROM HOMELESS TO HERO – HUMPHREY’S STORY 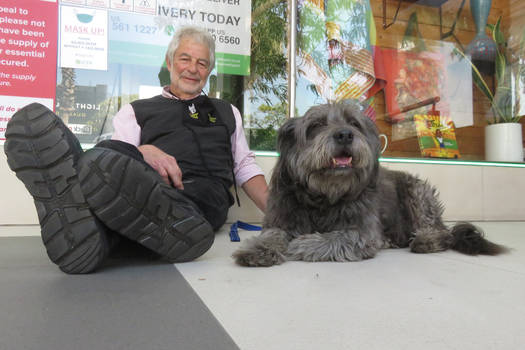 This is the happy tale of a dog who went from abandoned to ambassador, from frightened to fundraiser. It’s the story of a dog in a million on a mission to raise a million rand for the Durban & Coast SPCA. It starts back in 2011 when Umhlanga resident and pharmacist Alwyn Immerman adopted an abused and abandoned dog who’d been at the SPCA branch for seven weeks.

“I wanted to adopt a dog from the SPCA, and when they told me about this loving dog that they’d uplifted from the streets that no one had even considered giving a home, I was interested,” explains Alwyn. “When I first saw him, I was struck by how withdrawn, submissive and dejected he was. He was curled up at the back of the kennel making absolutely no effort to be adopted. There was an immediate connection, and next thing the unkempt dog with the sad, soulful eyes, the bad limp and the brown shaggy coat was on his way home with me. The poor boy was so dirty, it was only after a good bath that his shaggy brown fur turned out to be grey,” says Alwyn. “We were inspired to name him Humphrey to complement our son’s dog called Bougart.”

Humphrey was limping quite badly from some kind of problem with his back legs. So Alwyn consulted the vet, who concluded that he’d been hit by a car previously, resulting in injured hips that would heal with the help of rest and anti-inflammatories. But Alwyn says it was the emotional injury Humphrey had suffered that would take more time to heal. “It was obvious he had been abused in the past as he was too scared to defecate or urinate. The vet believed that this was probably because previously he had been beaten when doing so. It took a lot of patience, time and loving encouragement to change this,” Alwyn recalls.

HUMPHREY BECOMES A FUNDRAISER AND A FRIEND TO ALL

Alwyn is a generous and kind-hearted man who cares deeply about animals. Inspired by his new canine friend, he and Humphrey embarked on a fundraising campaign to support the fantastic work of the SPCA in 2011, for Mandela Day. Alwyn took Humphrey along when he went to work and next to Humphrey’s bed placed a donation box and notice saying: “Please give generously to the SPCA for Mandela Day because that’s where I come from.”

Now twice weekly, Humphrey, Alwyn’s faithful four-legged, furry friend with a heart as big as that of his owner, continues to use his loving personality and soulful brown eyes to encourage people to donate funds for the SPCA. Every Thursday and Sunday, Humphrey goes to work at Umhlanga Medisport Pharmacy where he lies in his basket with the donation jar near the dispensary. From here, Humphrey launches his charm offensive – allowing customers to pet him, giving a friendly wag to everyone and throwing in some extra loving for small children, resulting in the donation jar filling fast. “Humphrey is also a calming influence on sick children and encourages them to take their medicine. One little girl refused to take her awful-tasting medicine for a stomach ache, but on being told that the medicine was made by Humphrey’s Dad, she took it willingly and was soon much better,” Alwyn relates.

The fundraising initiative has been such a success, enabling Alwyn to purchase food in bulk and blankets for the SPCA and for its community feeding initiatives. To date, Humphrey and Alwyn have raised R650,000 for the SPCA and have their sights set on a massive R1-million target – to officially make Humphrey a dog in a million (of course, we already know he is!).

And, Humphrey’s fame has gone before him as his fundraising successes notch up. In 2017, he was asked to help the local Pitbull Rescue Organisation raise funds to pay the vet bills for Ollie, who’d been rescued from dogfighting and needed extensive treatment. From the proceeds of his fundraising efforts, Humphrey was able to pay a large chunk of the vet’s bill. And that pittie has since been given a loving home by a dog-lover who went on to build and open an animal rescue shelter in Scottborough. Humphrey has clearly mastered the art of the ripple effect!

It seems that Humphrey has a particular rapport with children, who are enchanted by his loving personality. In 2019, Humphrey visited the Khanyisa “Special Needs” school and was a real hit with the children. This led to his involvement as a fundraiser for the Early Childhood Special Needs Education initiative, which has, sadly, been put on hold due to the withdrawal of the main sponsor.

In another successful fundraising initiative with children, Alwyn took Humphrey to the La Lucia Primary School to visit the Grades 1–3 and talk about Humphrey’s work. “The school collects donations each term for charity,” explains Alwyn. “After our visit, we left a donation box at the school, and the next day we were overwhelmed by the response – more than one side of the school hall was filled with cat and dog food donations. The school says it was a record-breaking fundraising attempt. What was most amazing were all the little notes from the children and parents that were put in the donation boxes, saying things like ‘I did extra chores at home to earn money for Humphrey’ – this is the impact Humphrey has on people,” Alwyn says proudly. And what made it extra special for the children was when the SPCA team collected the food donations and thanked the children. “It was great that the kids witnessed their donation going straight to the charity concerned,” adds Alwyn.

Humphrey is quite the celebrity, too. “Humphrey is a people magnet who also pulls out the good in everyone,” says Alwyn. “He has so many friends, most made while out walking on the promenade. Some of them come into the pharmacy on a Thursday and Sunday just to visit him, and, of course, Humphrey with his winning ways manages to wheedle out money for his collection jar. This special boy is loved far and wide. There’s an English couple who visit Umhlanga regularly once a year and they email a few months before their arrival to book Humphrey for a 3pm walk on the promenade.”

In 2014, The Durban & Coast SPCA honoured him with a certificate acknowledging his superb fundraising efforts – by then he’d raised more than R400,000 for the organisation – and he was named an SPCA ambassador. For a while, he was also the canine face of Umhlanga Tourism. “Humphrey was once an official brand ambassador for the organisation,” Alwyn says proudly. An initiative that sadly was not continued, but I believe he fulfilled his task admirably.”

Humphrey has been featured in local and national news, more recently because his Dad was named a Sponsors of the Brave nominee. This joint initiative by News 24 and Adcock Ingram recognises and rewards pharmacists and healthcare professionals who are making a real difference in their communities. And, in his typical humble way, Alwyn’s broadcast video clip focused more on Humphrey than on his own achievements. Although they didn’t win the competition, Alwyn and Humphrey once again stole a large portion of the limelight. Read about Alwyn and Humphrey and watch the nomination video at https://partners.24.com/sponsorsofbrave/Pharmacist-Alwyn-Immerman/index.html

And, his loving and proud dad has set up a Facebook page for Humphrey; read more about his adventures and fundraising at https://www.facebook.com/HumphreyImmerman

Humphrey’s skills and influence don’t stop at fundraising and making friends; it turns out he’s a skilled therapist, too. Occasionally, Alwyn takes Humphrey to a place of sheltered employment to interact with the disadvantaged people working there. The first time Humphrey visited, everyone was overjoyed. Work came to a standstill while they petted and played with him. “He has an amazing and calming effect, winning everyone’s affection and spreading happiness,” says Alwyn.

“But, his greatest triumph was at an old age home where he visited the residents. He went slowly and calmly from one resident to the next, allowing them to pet and talk to him,” Alwyn relates. “One lady was sitting alone facing the window with a blank stare. The staff told me not to worry to take Humphrey there as the old woman had been staring out the window, speechless, with no interaction every day for the past eight days; nothing or no one could grab her attention or get a reaction from her. Then, the most wonderful thing happened: Humphrey just brushed past her, her face lit up,  she said ‘doggy’ and reached down to pat him.”

What a remarkable impact this once-homeless pooch has had on the lives of so many. He is, undoubtedly, a dog in a million.

To contribute to Humphrey’s SPCA fundraising campaign, donate to your local branch of the SPCA – any and every amount is greatly appreciated – then SMS or WhatsApp Humphrey’s Dad, Alwyn, on 083 792 4709 so he can add your donation amount to the grand total. 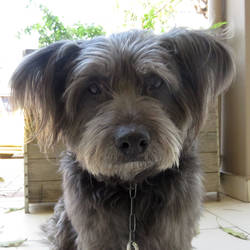 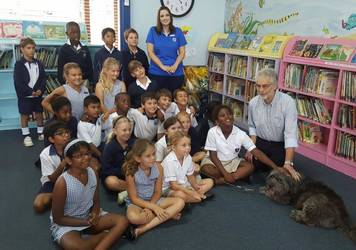 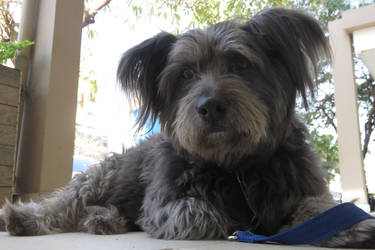 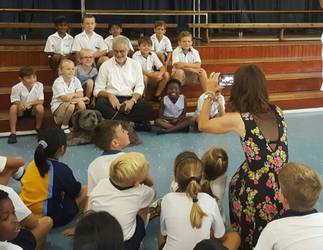 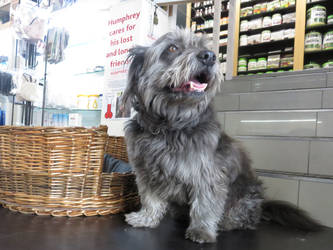 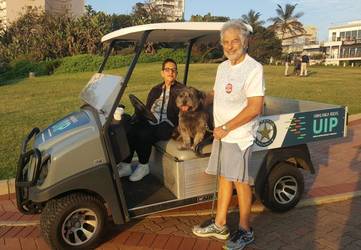 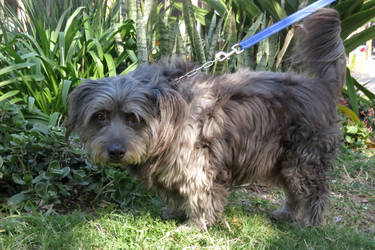 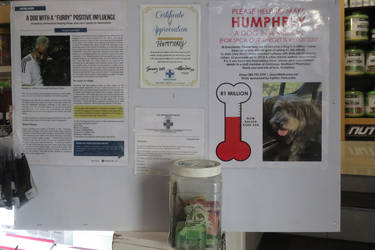 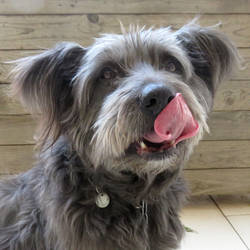 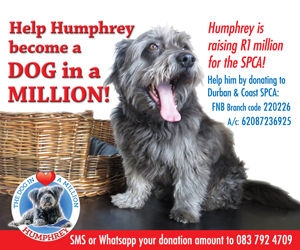 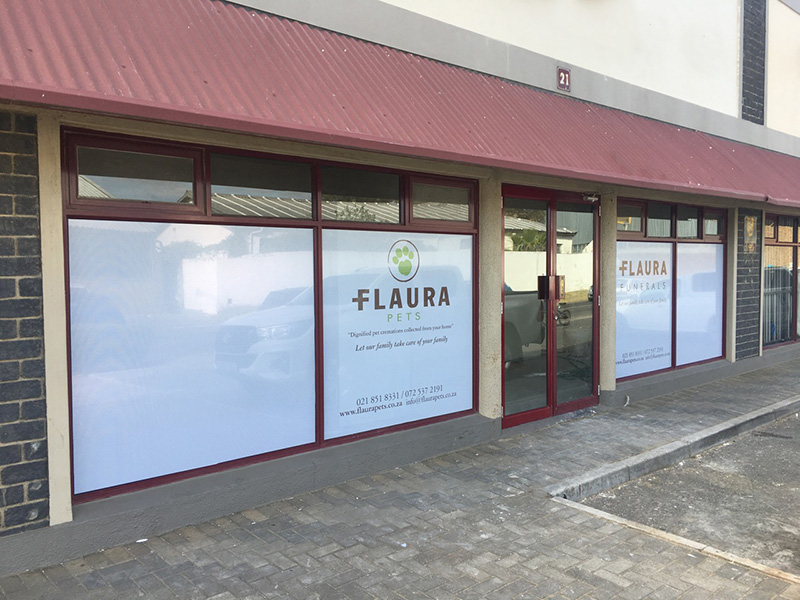 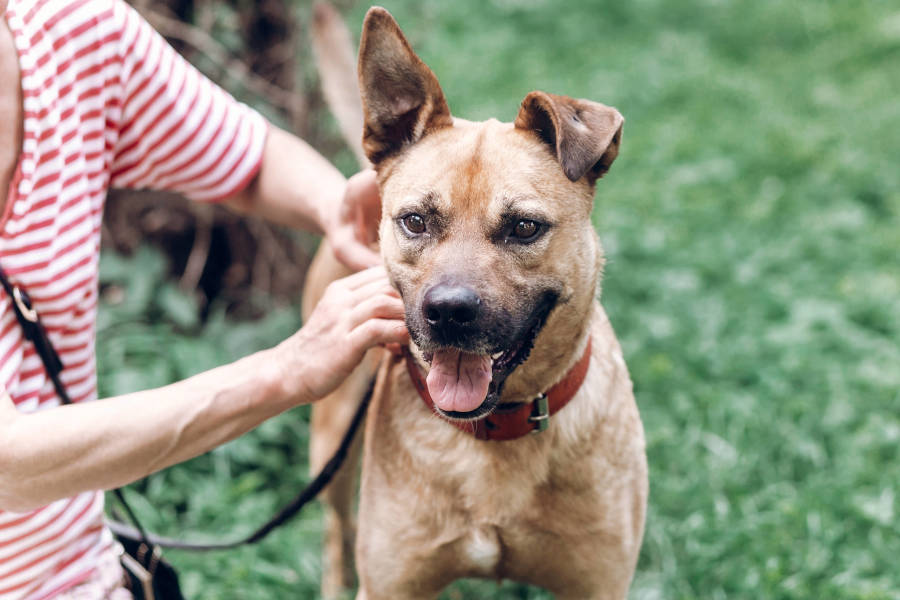 8th Apr, 2021
You can support Prevention of Cruelty to Animals Month this April 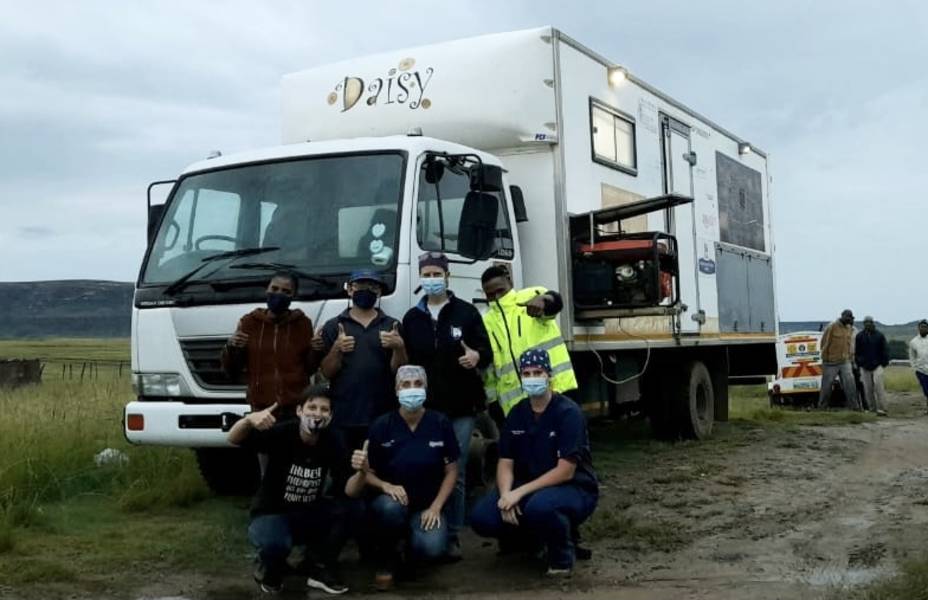 9th Mar, 2021
Theatre on Wheels – Owned & Operated by the Cluny Animal Trust, Making a Huge Difference in the Free State 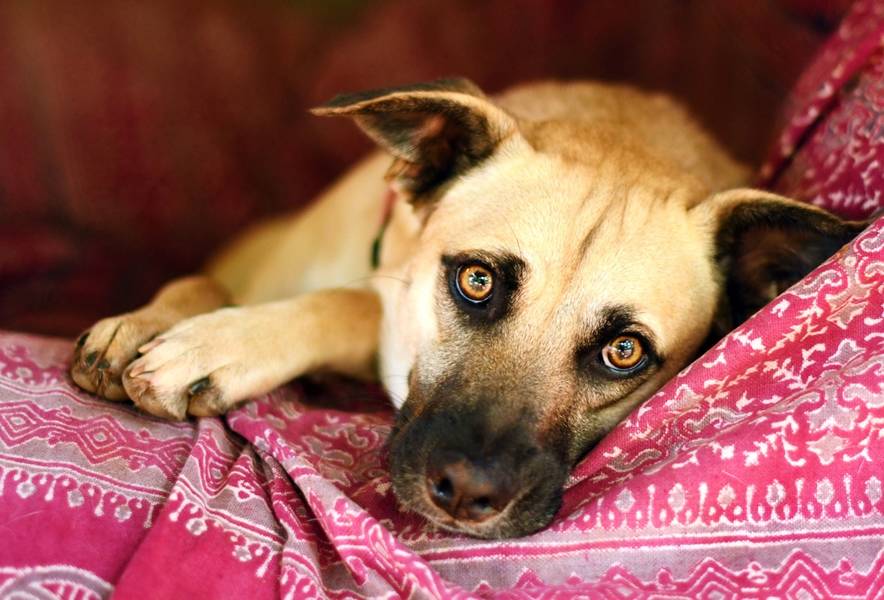 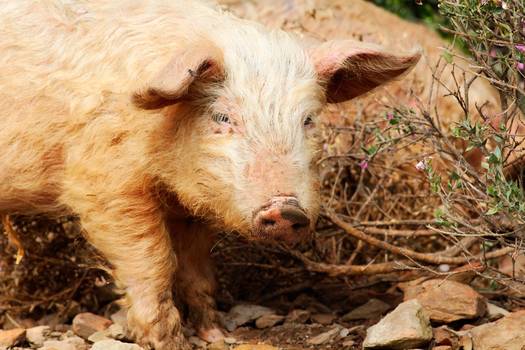 6th Oct, 2020
Where stars are born and starlight shines brightly