A loving home for Rover Hurting an animal intentionally is one of the worst things human beings can do.

During the night, we received a complaint about a dog that had suddenly started screaming in a neighbourhood in Bloemfontein. The screaming didn’t stop, and we responded immediately.

What we saw shocked us! We found a puppy lying in a pool of blood, hardly able to move. We struggled to get to the dog, as a 17-year-old boy was attempting to fight us off. We contacted the authorities for assistance to get to the dog, and whilst we were waiting for them to arrive, we tried talking to the boy, asking him what had happened and why he was fighting us off.

The boy responded that he liked to go to the gym and that he was drinking supplements to build bigger muscles. He’d seen on social media how people lifted heavy objects in order to see what their breaking limits are. We still wanted to know what had happened to the dog, so we asked him again. He said that he wanted to see what he could lift and how strong he was, so he began by lifting heavy metal and breaking a broomstick, but it wasn’t enough. He then Googled to find out how strong bones are and what amount of force could break a bone, after which he called his dog and started to press on its leg. Eventually, the leg broke with such force that the bone punctured the skin. Although he knew that what he was doing was wrong, he nevertheless kept on doing it.

The poor dog continued to scream while we were waiting for the authorities, and we again struggled to get to it, as by this time the boy had a dangerous object in his hand. We tried to calm him down and explained that we just wanted to help the dog. When the authorities eventually arrived on the scene, they arrested the boy, and we were able to get the dog and immediately take him to the veterinarian. The dog had suffered an open fracture and had lost a lot of blood, causing him to become very weak.

Rover’s operation cost R8,000-00, and we urgently appealed to the public for help to cover this cost. Despite it being a difficult time of the year (just before Christmas), we were blessed with many kind donations. And better yet, the new year saw Rover finding a wonderful home in which to heal and be loved.

Thank you to our supporters who help us when we and an animal need help! We appreciate all your support.

When he found his way to our home, Rover was a broken pup, very scared and nervous about what this new household might hold for him. He soon realised this house held something he’d only felt temporarily at the SPCA – real love and care towards him.

He went from a shy dog to being very vocal and speaking to his new people, for everything from food to play, and even being put into his new rest place on the bed. He’s gained a bit of weight by eating very well! And he constantly runs around with Slowly, his new BFF.

All in all, even though he was broken and scared when he got here, he’s since changed to become whole again, knowing he never has to fear anything again, because his new family will always love him. 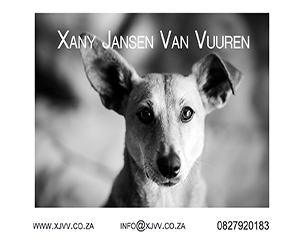