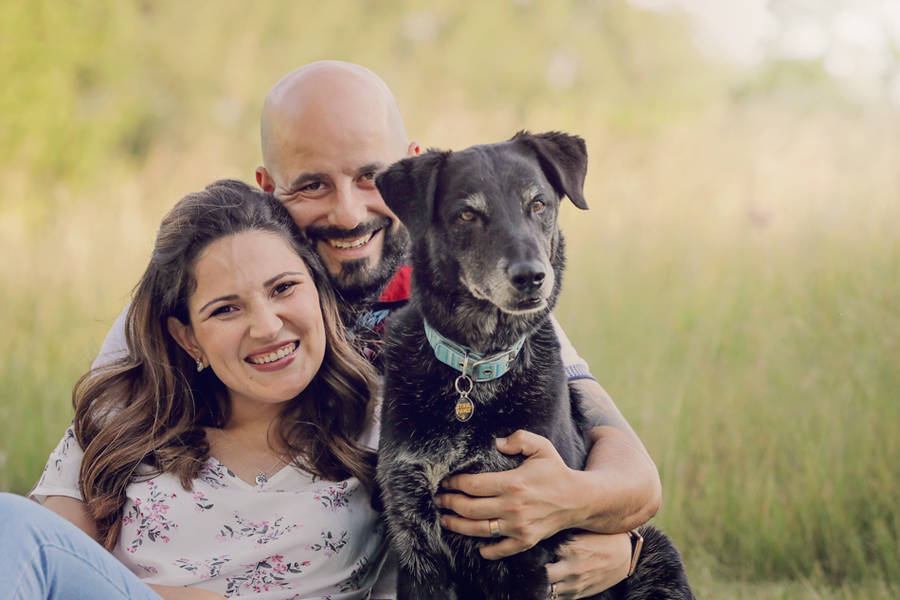 Friday the 18th of December 2020 started off like any other day. We’d been away from home with our five dogs for a bit of a break for a few days and were packing the car to come home.

In an instant, life as we knew it had become our worst nightmare: two of our dogs went missing! ThunderBoltt (aka Boltin) and his sister, Storm, were nowhere to be found. After hours of searching, we found Storm but Boltin had vanished.

Going home without him

Our friends immediately got onto the case and began calling all vets, animal welfares and shelters in the area while we continued to frantically search the endless fields and roads in the vicinity.

Then came the hardest thing we’ve ever had to do – we had to go home without him.

But we weren’t giving up. We returned day after day, calling, searching, driving… Our family joined us and helped distribute posters at the businesses in and around town and to anyone who was around to take one. The anti-poaching team from Askari also got involved and conducted a patrol along the river for us but didn’t find him. We enlisted the services of professional drone companies who had experience in Search and Rescue with thermal imaging to just get our boy back! But still… he wasn’t found.

The days turned into a week and Christmas just wasn’t the same. It was also this day 11 years before that I’d first laid eyes on this very handsome baby boy who’d been rescued from an informal settlement and landed in my lap. Our hearts were breaking; we just wanted to spoil him with his brother and sisters.

More time passed with a few unconfirmed sightings here and there, which we followed up on with no luck.

Determined to find him

We’d enlisted the help of an animal communicator early on, and as long as he was alive, we were going to find him – and we weren’t giving up, despite being told to “stop wasting our time and money because he’s probably dead”. (Yes, someone actually said that to us!)

We got some really great imagery from the communicator and, with the help of the Magaliesburg and Hekpoort community, were able to get a better idea of the area he was in. We kept searching. By then, we’d walked over 100km in the bush, driven thousands more, and started our “Bring Boltin Home” page on Facebook. The support we received was phenomenal; people were actually reading our posts, they were sharing with their friends, and the community was further getting the word out on their WhatsApp groups.

We even made new friends; people who lived close by that had offered to go after any lead for us as we were at least a 50-minute drive away. Rescue organisations and the animal community came together for us. We received contact after contact of people who had experience and were willing to share their knowledge with us; we had so much information, help and eyes open for him. We even arranged a search party. But still no Boltin.

Then, on Friday the 15th of January 2021, we received a message with a photo of a dog: IT’S BOLTIN! We dropped everything and got to Magalies in record time. But Boltin had run back into the bush and we couldn’t see or find him. So, there we were again, another trip back home without our boy. We were more hopeful than ever. We’d found a little abandoned cottage on our search that day, so we left a blanket there and a trail of food from near to where he’d been spotted.

The next morning, we arrived early and actually saw him walking out of the cottage. The noise of the car had spooked him. We got out quietly and tried to call him, but he kept walking. Our hearts were shattered! Did he not remember us? We walked calmly after him, we didn’t want to spook him again, but he got out of our sight and, just like that, he was gone, again.

It was devastating. He was right there yet we couldn’t get him!

We contacted Charmaine Booysens from The 9th Day animal shelter whom we were told had a trap. Charmaine dropped everything to bring the trap out to us, along with some “magical” Russian sausages that she swore caught dogs every time.

We were hopeful but nervous: what if it didn’t work and we scared him off? What if he got hurt? What if another animal got to the sausages before him?

We returned in the evening to check on the trap and make sure we were all still good to go, and then another night without our boy. Charmaine put out an appeal for everyone to say a prayer for him that night and to all stand in agreement that our boy would go into the trap and be safe.

On Sunday morning, we were up and on the road again as early as curfew allowed. We got to the spot, parked on the road, and tiptoed our way down to where we’d left the trap. This felt like the longest, quietest walk of our lives. We’d vowed not to speak or make a sound in case he was in the cottage.

The closer we got, the more we thought we could hear some whining. At this point we wanted to break into a run but couldn’t take any chances lest we spook him. And then, as if in a dream, we saw him. Boltin was safely in the trap, unharmed.

He realised it was us

We could see the switch flip as he realised it was us and the howling started – he was crying, we were crying and, in that moment, the weight of what felt like the entire world had lifted. We had our boy, here he was in the flesh, and we just held on! He did a happy dance and hopped in the car with no intention of getting out again. We called our family and Charmaine, who again dropped everything at the crack of dawn to come meet us.

We got him! Our boy was finally with us after the longest 30 days of our lives, and we could finally go home, together!

He had a quick check-up the vet. He’d only lost 2kg and had clearly done a great job at hunting/scavenging. His leg was a bit sore and his little paws were swollen, but all blood work was normal and there were no parasites. We took him home for a much-needed bath and lots of cuddles and licks from his siblings.

We never could have gotten this far without the amazing Magalies and Hekpoort community, all the animal lovers, friends and family who searched with us, cried with us and prayed with us. This was an absolute miracle, and we’re forever grateful to everyone who played a part in this amazing story of hope, love, friendship, bravery and perseverance. 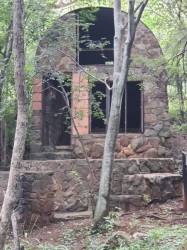 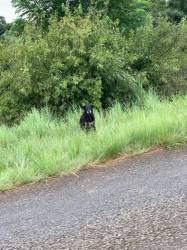 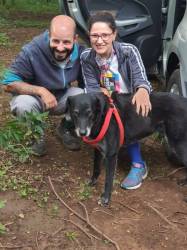 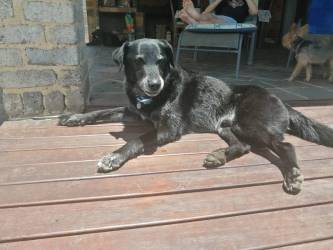 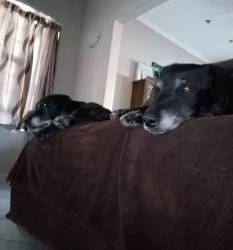 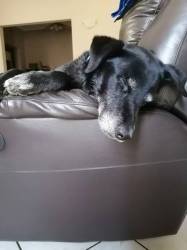 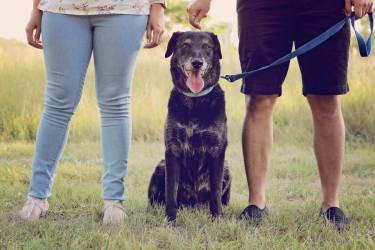 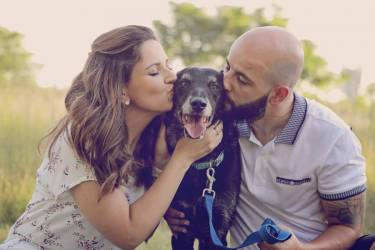 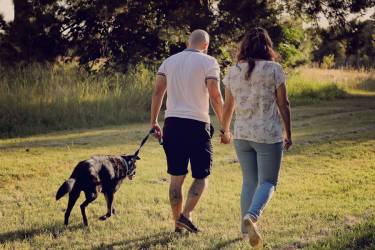 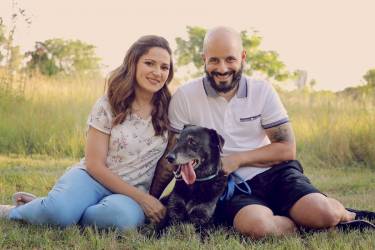 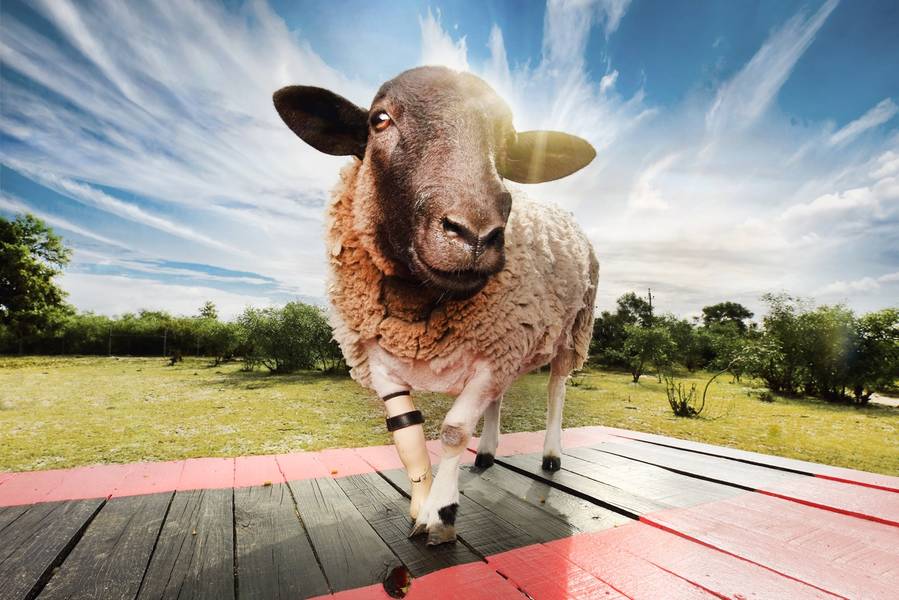