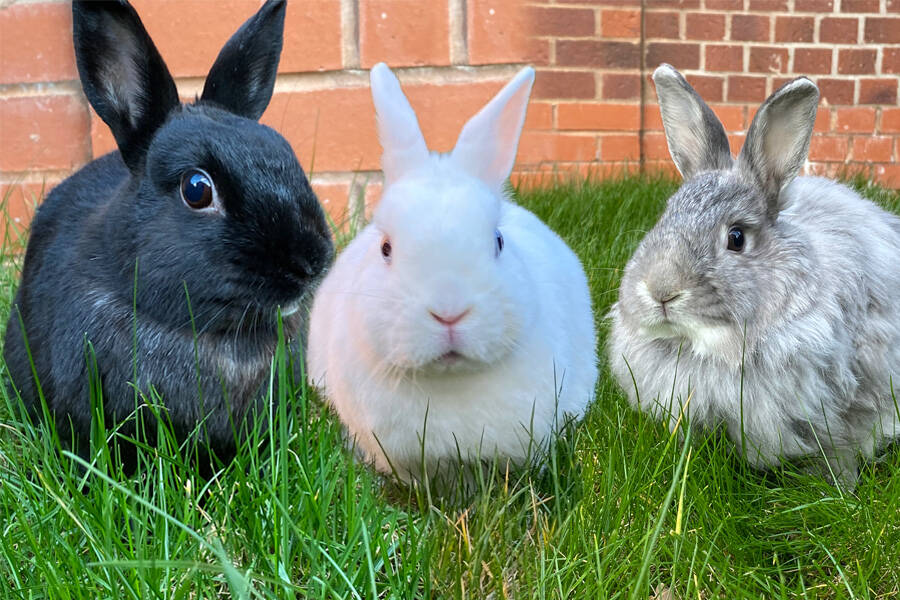 Written by Laura Wilkinson, with photographs supplied by the author

The 26th of September 2020 – I’ll never forget this date, as it’s the day I was reunited with my three fur babies after 172 days of being apart. Let me take you back in time to the most stressful and wonderful year so far…

Have bunnies, will travel

When the resolution came to relocate to the UK, the first thing that came to mind was, “But what about my bunnies?” From that day forward I was tormented by decision after decision. I joined a countless number of Facebook groups about people emigrating with their pets from South Africa. However, most of the pets people were referring to were cats and dogs. I guess getting a pet classed as an “exotic” animal has its setbacks when it comes to trying to obtain certain information about them.

The only thing I could think was surely I’m not the only person to have moved their bunnies from South Africa to England? Well, to this day, I can tell you that the only other people I know to have done this are those I’ve personally helped since successfully doing it myself (might I add, I’m not talking about 20 or 30 people here, but merely two others).

I soon realised that, if I was going to do this, it was going to take plenty of research and even more preparation. Flying from South Africa with pet rabbits isn’t exactly something airlines seem to have done a lot of, so even just finding one that would transport my three bunnies proved to be difficult. Let’s not forget that 2020 was the year that Covid-19 struck us all and a pandemic was declared – add this to the mix and my bunnies and I truly had a lot of hurdles in our way. I was determined, though, and eventually I learnt that KLM transported pet rabbits.

The next challenge was that they weren’t allowed to travel in-cabin – they had to be put in the hold. Well, because rabbits are so sensitive, this introduced a host of other stressors. How would I monitor them for stress? Who’d be there to syringe feed and hydrate to prevent stasis? What if there were other animals in the hold making noises that stresses them out even more? I didn’t have a choice, though; it was either KLM in the hold or nothing.

So, there I was with many opinions, my own countless worries, and the lives of three bunnies in my hands. The deciding factor in the end? My gut. I just had a feeling that everything would work out okay and they’d make it to the other side alive and well. Call me crazy, but that was ultimately how I made the decision to go ahead with the journey.

I contacted an animal courier company that would be handling their travels from South Africa to Amsterdam and got their travel carriers made – I have a bonded pair and one single bunny, so I needed two carriers made for them.

Once this was sorted, the next obstacle surfaced: getting them from Amsterdam to England and somehow avoiding the (mandatory) four-month quarantine period for rabbits coming in from South Africa. Turns out flying them to Amsterdam was a blessing in disguise, as this made it seem like they were coming from Europe, in which case England doesn’t require small animals to be quarantined. I found the most amazing European animal courier company that then helped me get them all the way from Schiphol Airport, Amsterdam, to Derby in England – we’re talking over 400 miles and the English Channel separating both countries.

Let’s backtrack a bit, though – it all gets a bit complicated, thanks to Covid. I had to get on a repatriation flight back to the UK and my bunnies were going to stay behind in SA until KLM had a flight for them. Thank goodness I have the most special friend, Nicole van der Westhuizen, who was willing to take them in and look after them until a flight became available. What neither of us realised at the time, though, was that this would turn into nearly six months in her care.

When I think back, I’m glad I didn’t know it would be this long, else I don’t know how I would’ve ever got myself on that plane. Nicole (unfortunately) then had the job of getting them flight ready, which was no easy task.

On the morning they were due to fly, she fed pellets and greens (and made sure they ate them) and gave subcutaneous fluids for hydration (please note that this is an injection and should only be given by a vet or someone trained to do so). She further ensured they had fresh oat hay and rolled oats (their favourite treat) in their transport carriers. Then it was off to Cape Town Airport!

After an eleven-hour flight, my three fur babies arrived safely at Schiphol Airport, Amsterdam. I was so relieved! They were given some time to settle down at the KLM pet lounge, after which the European pet courier fetched them for the next half of their journey. This entailed an eight-hour car drive, a stopover in a hotel in France (unplanned but needed due to bad weather), and a ferry trip across the English Channel.

Finally, on the 26th of September 2020, they made it. All three of my little ones – Mash, Raisin, and Popcorn – had arrived safe and sound at their new home in England! Little did Popcorn know he had a bun wife eagerly awaiting his arrival – Lola. All of them were healthy, eating, pooping, and settled into their new home quite quickly (much to my relief).

Now a happy family of five, I hope to inspire others to make the effort to bring their small animals with them wherever they may move to – even if that’s over 8,000 miles away! It is possible; we are proof. Yes, it was a risk, but so are most things in life. My bunnies are my family, and ultimately moving was a decision I made not just for myself, but for my family too. 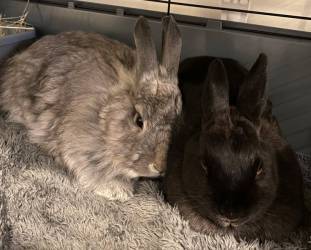 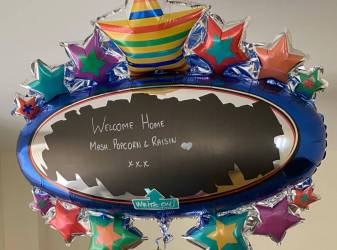 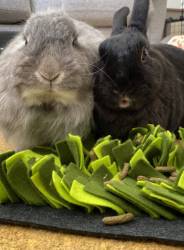 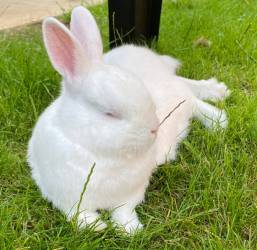 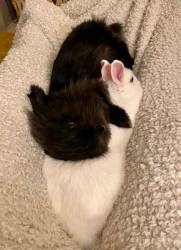 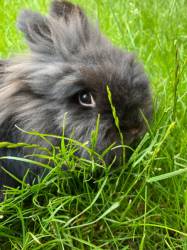 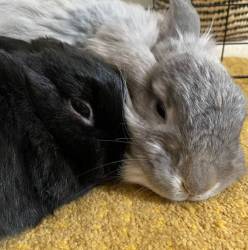 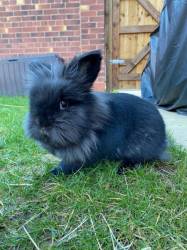 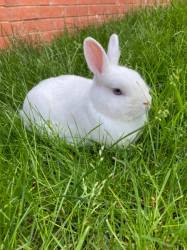 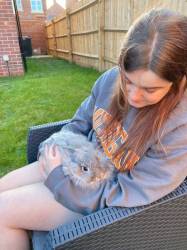 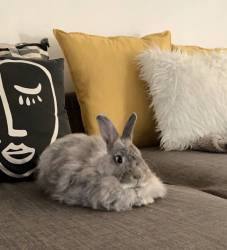 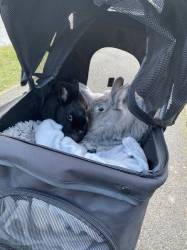 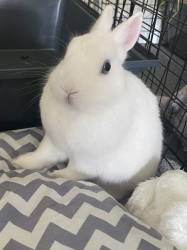 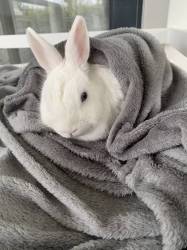 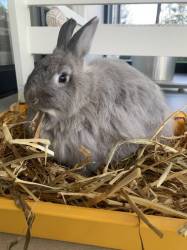 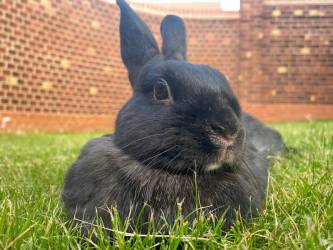 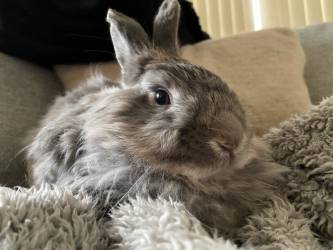 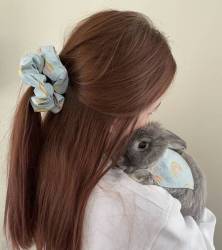 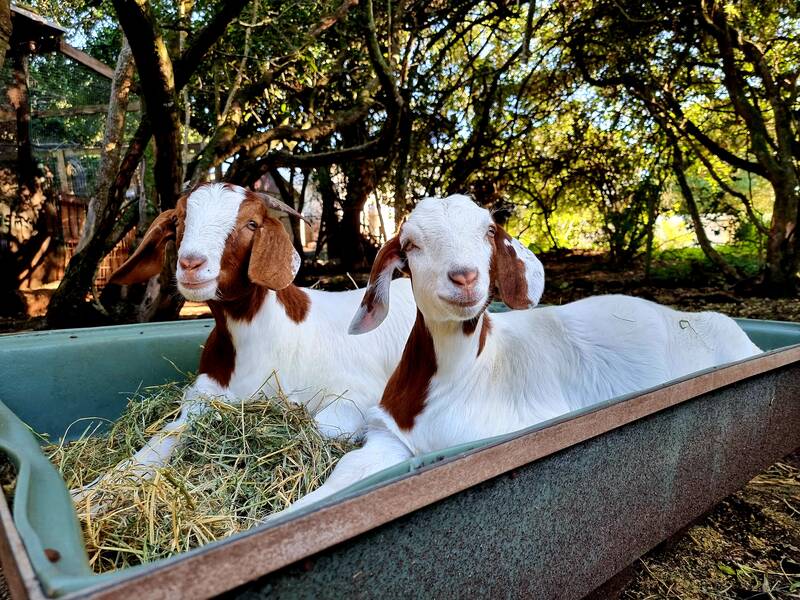 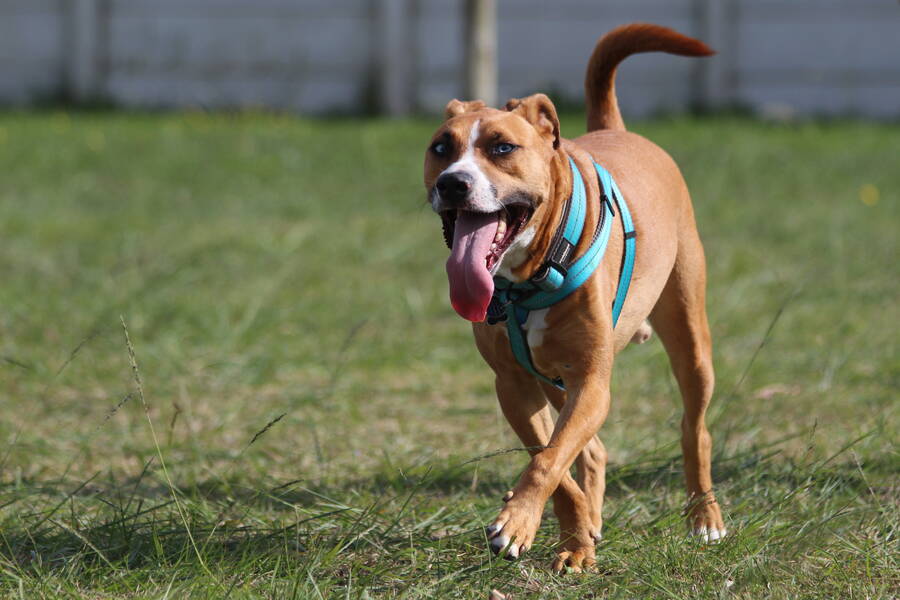 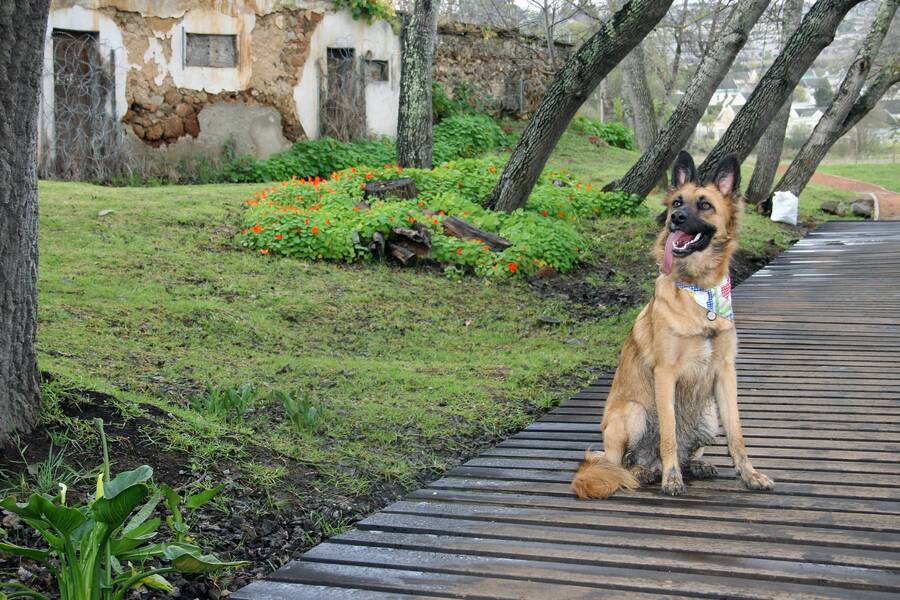 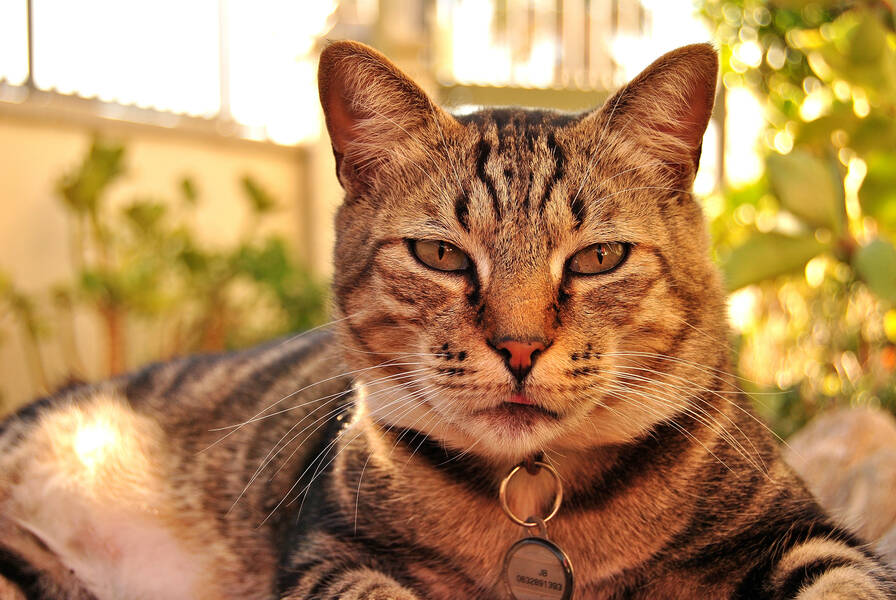 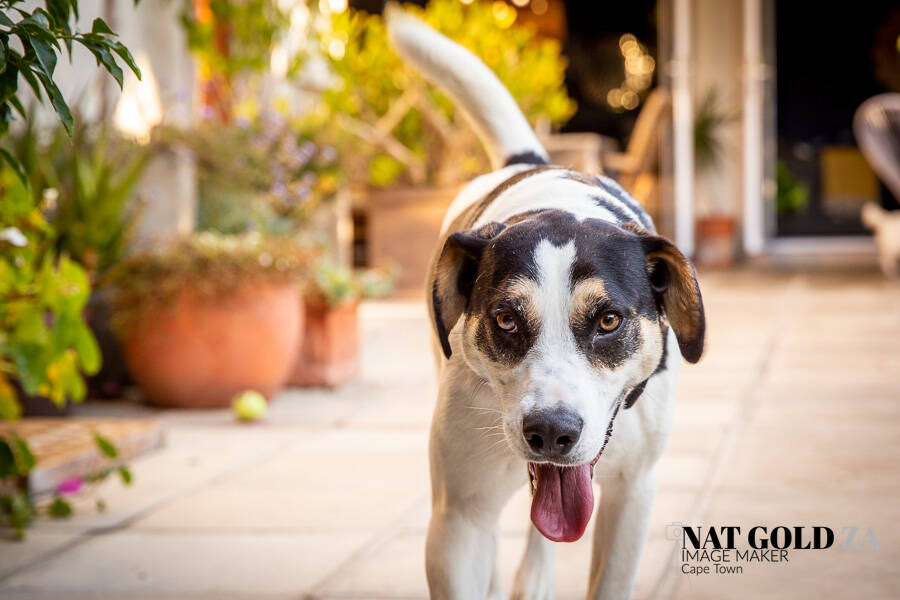 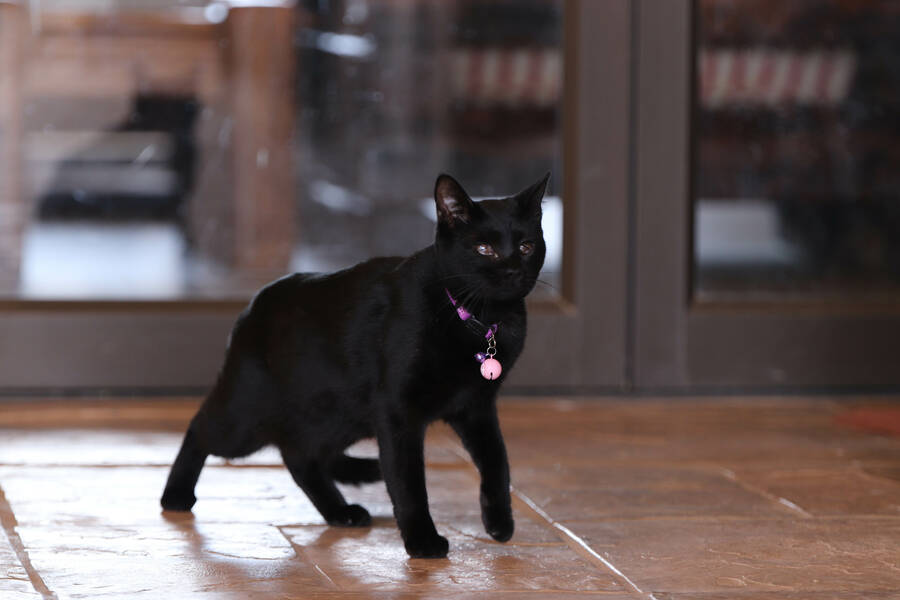