Jessie to the rescue! 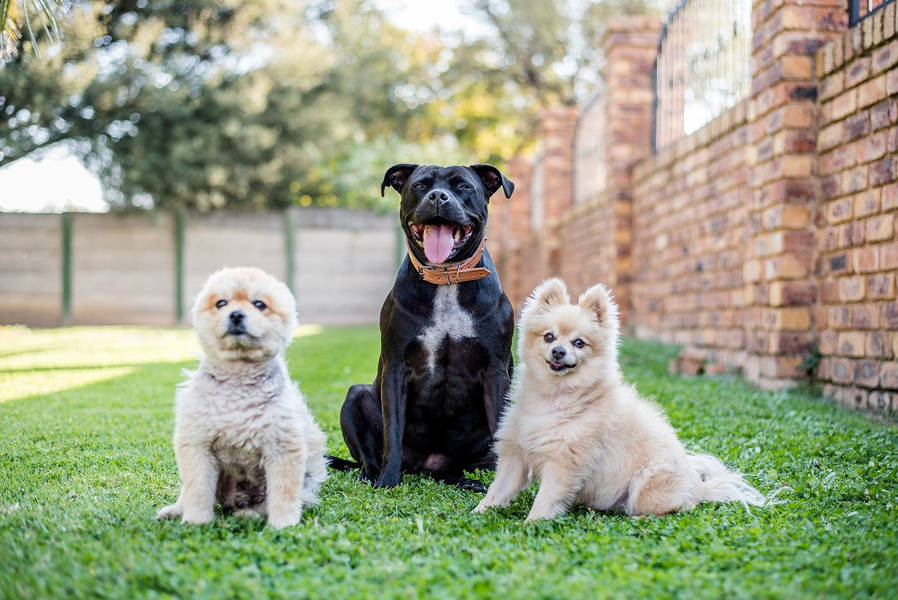 The incredible video of rescue Staffie dog Jessie saving her pal, Chucky, a 13-year-old Toy Pom, from drowning in the swimming pool of their Johannesburg home took the internet by storm. Her act of tenacity and bravery has earned her an animal hero award from the Boksburg SPCA.

This is how a rescued dog became a rescuer herself…

Could Chucky have been in the pool?

My wife, Melissa, and I were out for an appointment. As usual, the dogs were home, with a window left open so that they could go out to do their business. When we returned, we noticed that the little dog, Chucky’s, head was wet, which was weird. We searched the entire house to check where he could have wet his head but didn’t find anything.

My wife insisted that Chucky must have been in the pool and I disagreed. So, she decided to check our CCTV security cameras.

That’s when we got the biggest shock ever!

In the video, little Chucky can be seen ambling happily along the edge of the pool when he becomes distracted and one of his paws slips and he tumbles in. Too tiny to get out on his own, his panic is clear as he flails around, desperate to get out.

It was so hard to watch, seeing Chucky struggling in the pool, even though he was right next to us as we watched. Knowing that he swam for so long was amazing to us, and at the same time, heart-wrenching. When we eventually saw how he got out, we were astonished.

From out of nowhere, Jessie dashes towards the pool. At first hesitant (Jessie is afraid of water), she creeps closer to see what’s happening and appears undecided as to what to do. She then seems to try to both encourage Chucky and call for help by barking. When this doesn’t work, she becomes increasingly frantic, sprinting around and around the swimming pool, tension visible in every line of her body.

Clearly realising it’s up to her, brave Jessie overcomes her fear and starts trying to pull Chucky out. Over and over, she grabs onto his ears and fur to get him out as the exhausted senior dog clings to the edge of the pool before slipping back in again. The desperate minutes tick by as Jessie keeps trying. Finally, 34 minutes after her friend fell in, using both teeth and paws, the heroic Staffordshire Bull Terrier manages to heave her friend onto dry land.

After she lifts the soaking-wet scrap of fur onto solid ground, Jessie pats him all over as if to check that he’s okay, before the two trot off through the yard, tails wagging.

We couldn’t believe the amazing miracle that had happened. We were overwhelmed with love and appreciation for Jessie, who didn’t give up on Chucky.

Jessie is our little hero! We adopted her five years ago from the Boksburg SPCA as an adult dog of two years old. It’s incredible that she went from being rescued to being the rescuer.

On our post, we said that we were planning to cover the pool so that this would never happen again. After posting the video someone else came to our rescue. Aquanet (www.aquanet.co.za) messaged us on Facebook and said that they were so moved by the video and would be donating a pool cover to us so we can prevent something like this from happening again.

We’re so grateful for that, and now we can rest assured knowing both dogs are safe when we leave the house.

We never expected the video to generate so many views and attention, and to show our gratitude, we started a website to help raise funds for the Boksburg SPCA, from where Jessie was adopted. On www.herodog.co.za, proceeds from the sale of products will go to the Boksburg SPCA to help save animals, one hero at a time. 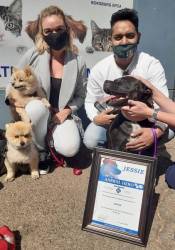 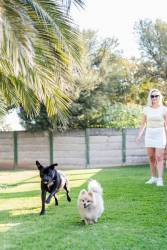 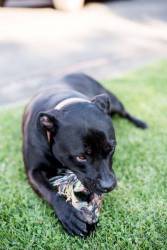 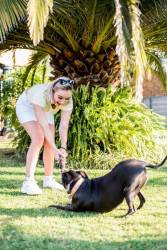 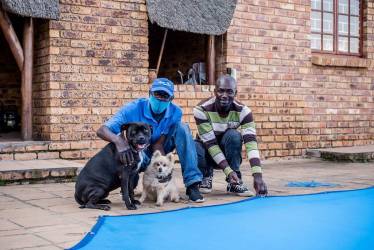 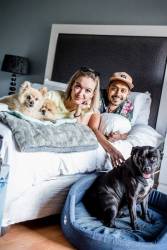 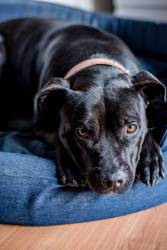 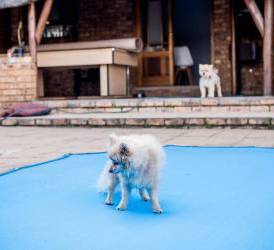 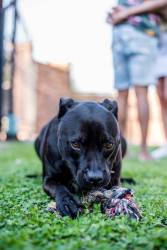 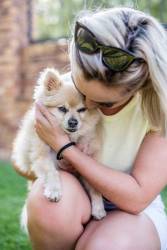 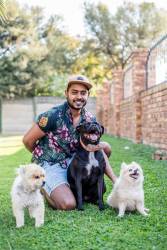 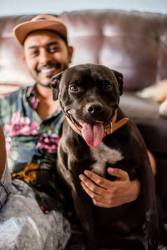 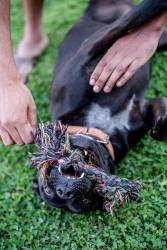 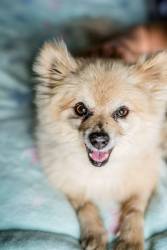 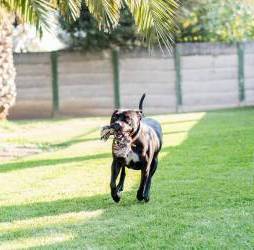 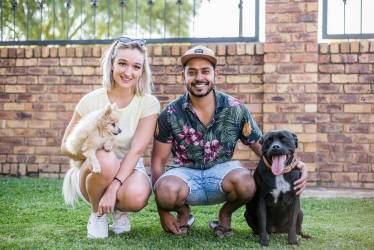 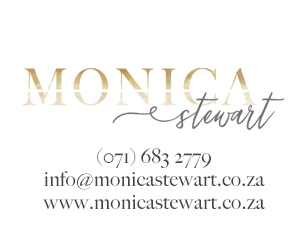 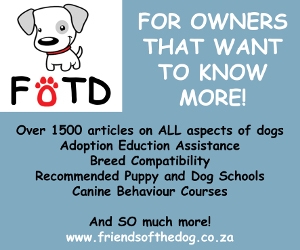 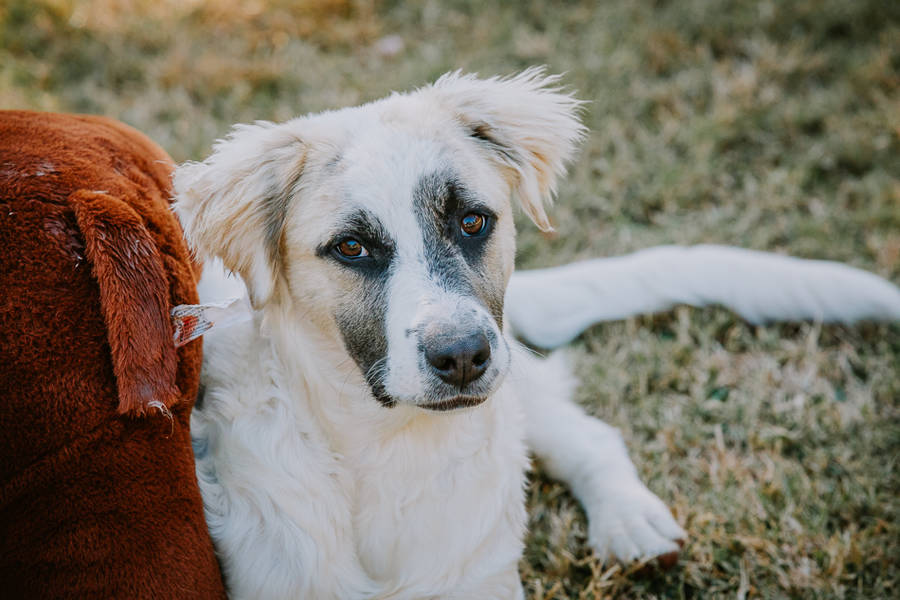 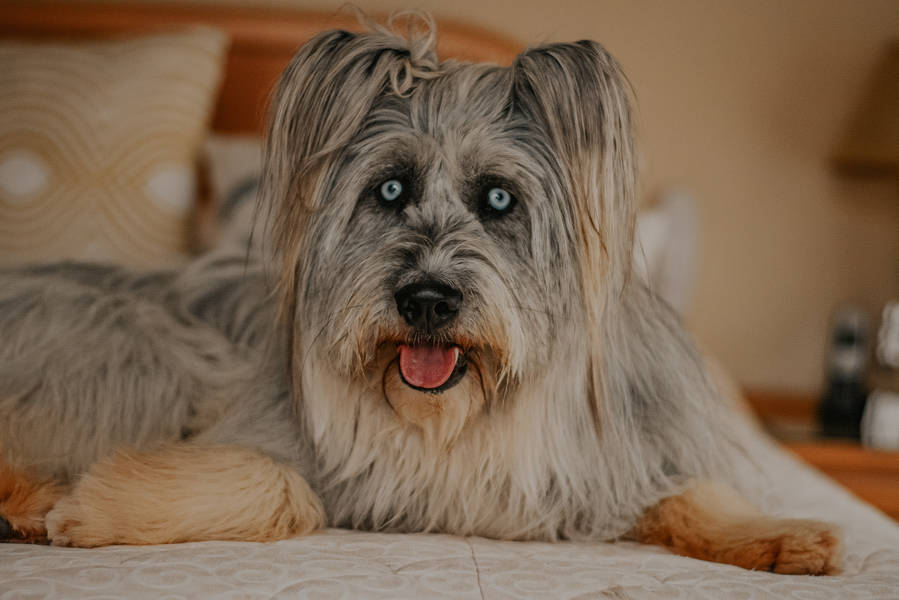 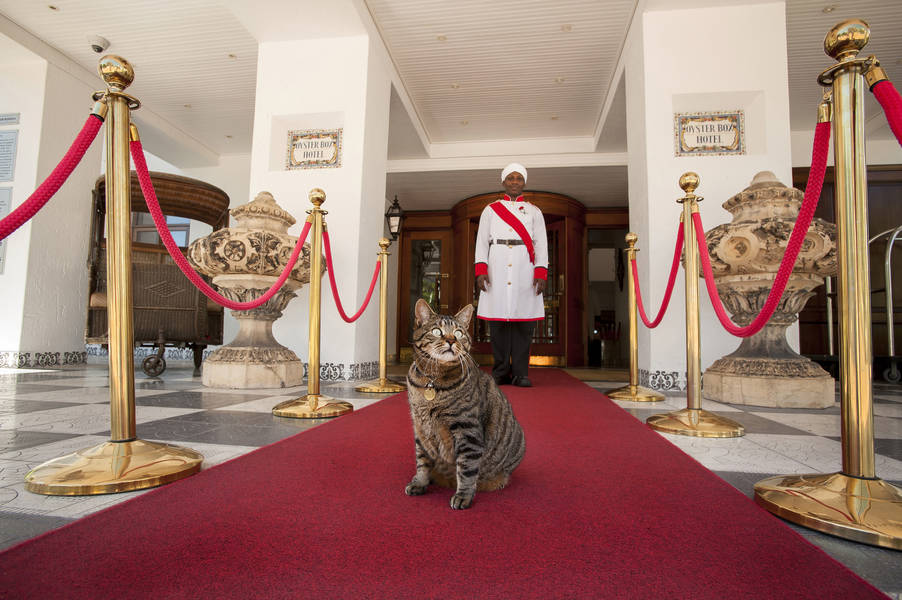 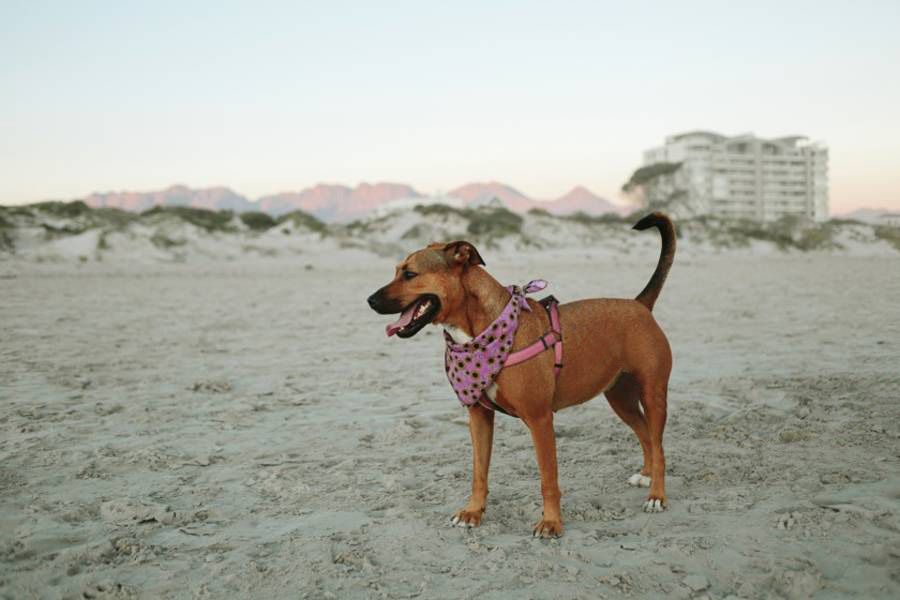 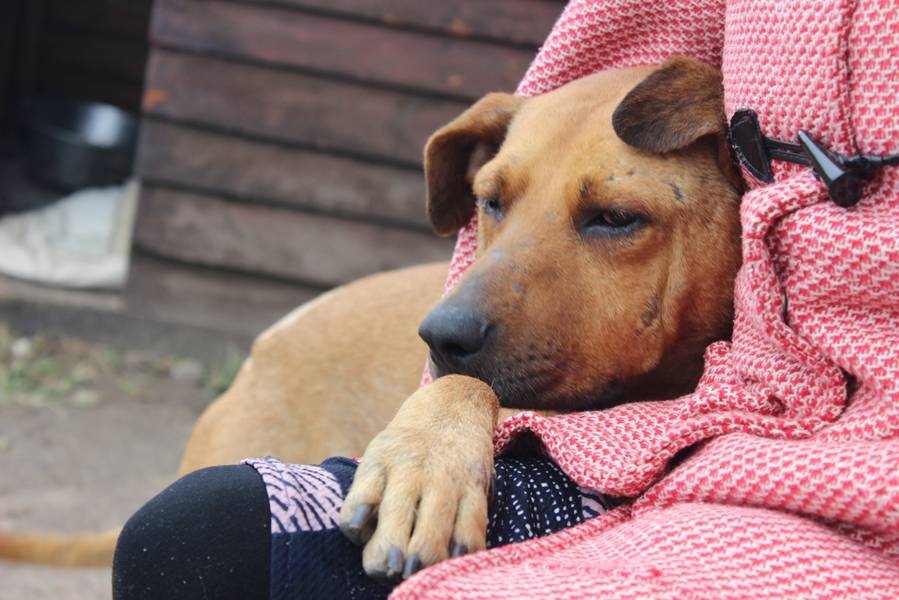