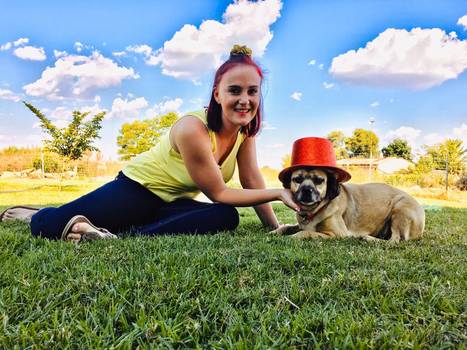 This year, we decided to boost our furry seniors by introducing them as our Valentine’s bachelors and bachelorettes. These seniors have either been residing with us for an extended period or have been surrendered to us for rehoming already at a senior age.

One such senior lady is named Jinny. Jinny came to us many moons ago and has become part of the Wet Nose family; she was rescued in an industrial area where she’d been abandoned and didn’t trust any humans at all. She had to undergo a lot of rehabilitation before she started trusting only a few people.

People sadly overlooked her due to her shyness... on our “Walk for Love” fun day that took place on the 15th of February, one of the visitors approached us to sponsor Jinny....

On Monday, the 17th of February, the sponsor contacted us and said that she wanted us to cancel the sponsorship because she wanted to rather adopt Jinny… oh boy, we were ecstatic! This is the day we all have been hoping and praying for. This very gentle, shy girl will finally be adopted!

We visited the property, introduced Jinny to her new family and off she went… Jinny will still have to get accustomed to a lot, because she considered Wet Nose her forever home. Now she has a real home with her own loving family! In the past week she’s already settled in and is a very loved girl!

To Jinny’s new family – thank you so much for being the angels that you are and giving Jinny a safe, warm retirement home; you’ll be blessed with so many wagging tails and sloppy kisses!!!

To Jinny from all at Wet Nose – your journey has just started, brave old girl.

I actually went to Wet Nose to take in a kitten I’d found in a dustbin. They took in the kitten, and when I offered to pay towards the kitten’s upkeep, they said I should rather make a donation.

When I got home, I couldn’t stop thinking about Jinny and decided there and then that over my dead body was she going into a new year without being adopted! Thinking about her living like that seemed like a life in prison to me.

My hubby and I already have four rescued dogs and four cats, so I didn’t even tell him, because he would just say no! I simply went in to adopt her, the introductions with our animals went swimmingly, and Jinny found her forever home!

During the first week she ran away from me, slept on the cold floor, and she’d stand in the rain as if she’d forgotten that she could come inside where it was dry.

A week later, she finally slept on the blankets we put down for her, she warmed up against us, and she actually allowed me to scratch her tummy.

Since then, she’s realised that this is her forever home. Every day she comes a little further out of her shell and shows us that she’s so sweet and loving. We’re so happy to have her as part of our family. 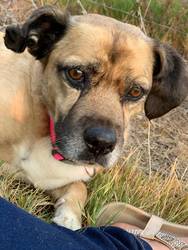 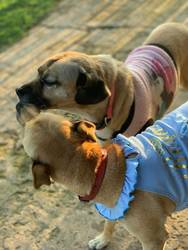 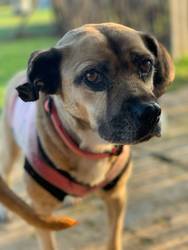 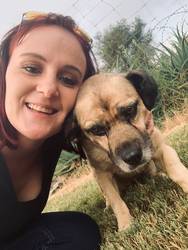 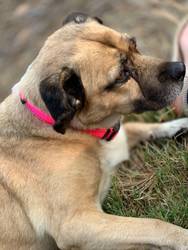 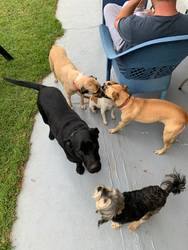 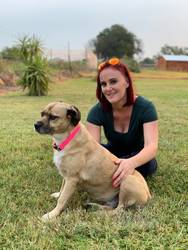 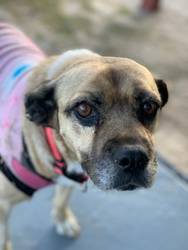 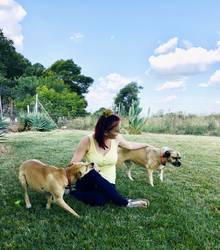 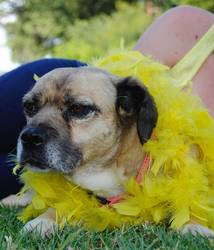 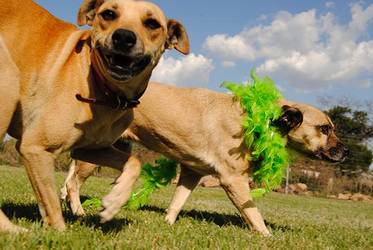 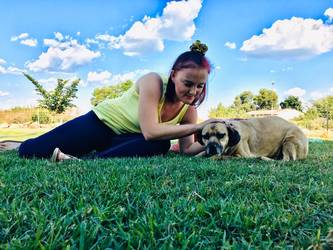 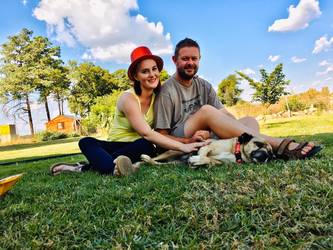 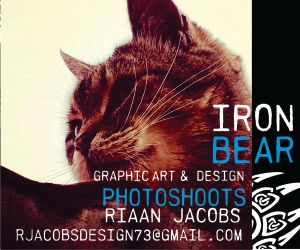