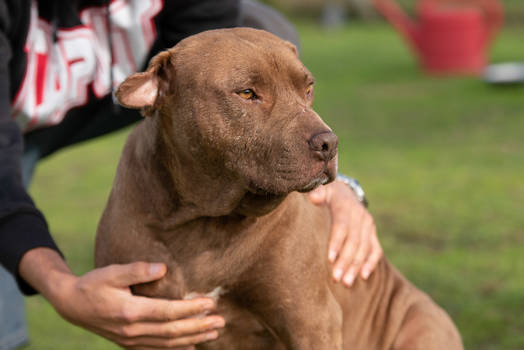 Justice was the victim of a cruel fireworks prank over the festive season. He’d lived on the streets, surviving on scraps of food and his instincts – this poor boy had clearly come from a violent history of dogfighting, reflected by the hundreds of scars across his body and face.

He was completely emotionally shut down on admission. We were so encouraged to see him enjoying his daily walks and even responding to us and coming to us for love and affection as he slowly made his recovery back from the trauma he’d endured.

Emotionally, we watched him taking great strides towards recovery. Each day, we witnessed a little more of his beautiful personality emerging. He’s been such a brave boy!

Physically, we saw Justice make a wonderful improvement, as displayed in his coat and body condition as the treatment for mange and a nutritious diet worked its magic. The lacerations to his mouth also healed well, but the problems identified with his breathing remained a concern. The sudden appearance of a nasal discharge in his early days of healing meant we had to call on some friends for help.

He had extensive damage to his face

The compassionate team at Panorama Veterinary Clinic & Specialist Centre agreed to admit Justice for a CT scan, which revealed some additional injuries that our X-rays hadn’t been able to identify.

Justice had fractures to his hard palate and nasal bone, fragments of which had travelled upwards as foreign bodies into his nasal cavities and caused nasal discharge. He also suffered bilateral fractures to the two joints connecting the jawbone to the skull.

He needed specialist surgery that our welfare hospital is sadly not equipped for, but, fortunately, Dr Frans van Heerden and several other specialists and radiologists were prepared to offer their time and skills to help mend the damage caused to Justice’s mouth by the exploding firework. Soon after, brave Justice underwent his surgery.

Thanks to the skill of Dr Frans van Heerden, all went well, and Justice’s prognosis was positive. He recovered from his surgery, and watching his return to health has been truly heartwarming.

Justice started to exhibit so much energy that he became rather bored in his kennel and was in need of something to keep him stimulated. A walk down to our Vet Shop to choose some treats/toys was in order. He inspected absolutely everything before choosing a bag of bully sticks and a chewy ostrich kneecap from the treat section.

He’s highly food motivated, which made teaching him some basic obedience commands easy, and we’re pleased to say that he sits like a real gentleman for his treats. He tries so hard to be a good boy, despite all the sorrow he’s experienced – this boy is a true hero.

In an ending befitting a real-life fairytale, Justice’s prayers were answered by Caz and Fabian Diamond, who fell in love with him when they first read about his ordeal. They submitted their adoption application and were with him every step of the way as he healed.

Justice decided to give humans another chance. He opened his eyes, he bravely wagged his tail, and he let people love him again. Not only were the SPCA able to heal his wounds, but they also healed his heart! Today, Justice is home with a family that loves him. He’s been given the best life and shown what it truly means to be loved.

“Veterinary medicine can only do so much; love does the rest!”

I first heard about Justice’s story when I was on the SPCA’s page looking for a fur child to adopt; we were moving into a house from a flat, and we could finally open our home to a doggie in need. As I got to Justice’s story, I immediately showed my husband, Fabian, who straight away said that that was who we’d adopt!

Walking into the hospital room where they were keeping him, we sat down on the floor with Belinda Abraham (CoGH Communications, Resource Development & Education Manager). Justice gave his first tail wag since he’d arrived at the SPCA.

He trotted over to me, sniffed me, walked over to Fabian, gave him a sniff and a lick… and went to lie down. Fabian said the lick was the last piece of the puzzle for him to 110% know that this was meant to be.

To be honest, we fell in love with Justice before we even met him, and I remember trying to explain to family and friends how heartbreaking it was to see just how “broken” his soul was.

As Fabian and I both work full time, we went to visit Justice every weekend, taking him for a play in the dog-run area, and enforcing his new sitting skills with lots and lots of treats. Justice went from this broken soul to a bouncy, goofy, playful, happy soul.

On the 17th of January 2020, Justice went in for his final operation. The very next day (our wedding anniversary) we went to visit our boy at the hospital. He was very medicated and was feeling really sick; it was hard for us witness. But we knew it was just a matter of time before he was as right as rain!

Towards the end of January, we passed our initial home check – and we were over the moon! While Justice healed, we moved into our new home. As his healing progressed, he started to come out of his shell, and so the SPCA decided to do one last home check to prepare for his adoption. They discovered some “weak points” where Justice could potentially get out. We were devastated, thinking that this meant we were going to be declined. To our relief, they gave us a chance to fix the weak points, which we did immediately, of course.

Now everything was ready for Justice to finally come home.

Beautiful inside and out

On the 6th of March 2020, we received the call to come and collect our fur child. Our emotions were high as we raced through to finally collect our boy! On arriving at the SPCA, we were greeted with tears of joy, as the time had finally come – and the two-month wait was worth it.

Belinda, Justice’s second mommy, had kindly bought him his very own harness and matching leash, and the adoption centre staff had even bought him his new comfy bed. We had his collar ready for his unique ID tag and were ready to go.

Within 30 minutes of Justice arriving home and sniffing out his new surroundings, he climbed onto his bed and went to sleep. That’s when we knew he felt at home. In the two-and-a-half months that he’s been with us, there’s not a day that goes by that Fabian and I look at Justice and think back to what all he’s been through and how beautiful he is, inside and out.

His favourite routine after breakfast and “ablutions” is to climb into bed with us for some snuggle time, and if you dare to get up, your spot on the bed is gone!

Justice has completed our family, and we thank Dr Janelle for taking a chance and saving his life, Belinda for the unconditional love you’ve shown him, Michelle for your reassurance and trust in us, and all those at the SPCA for giving this beautiful super hero Justice League Diamond a second chance at life! 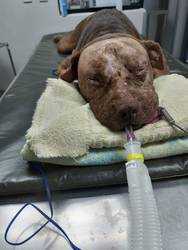 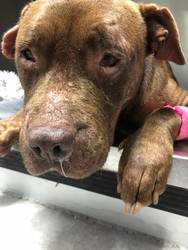 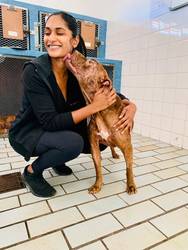 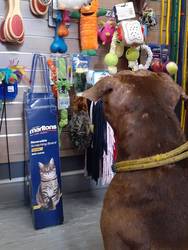 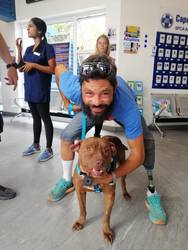 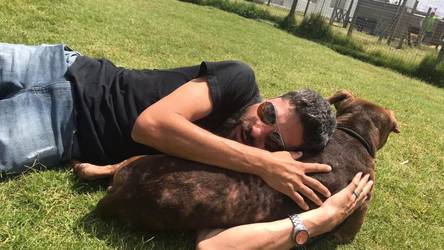 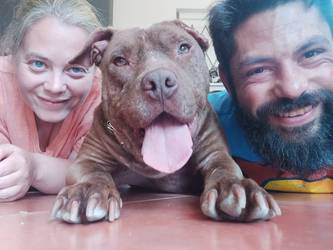 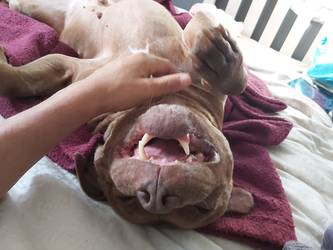 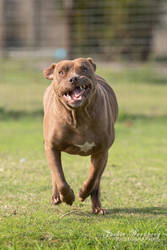 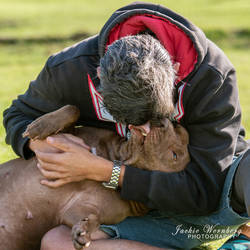 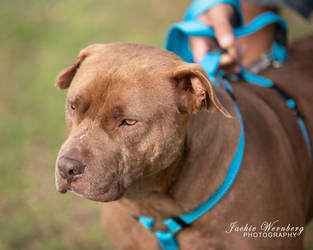 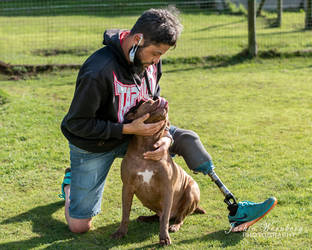 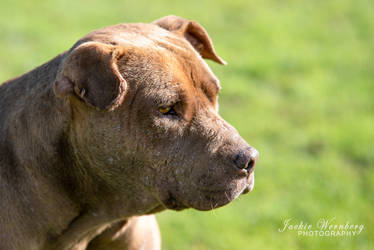 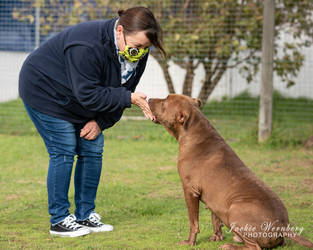 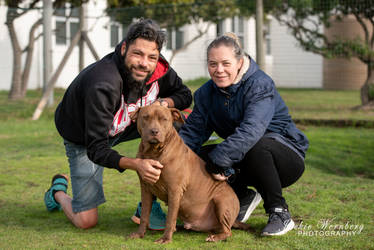 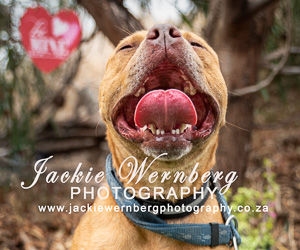