When your life revolves around the welfare of kits that no one wants, your heart gets broken multiple times a day; but when you meet a kit like Sensei (as he was originally named), this is when you really swallow hard.

Sensei had been abandoned by his previous owners… he joined a feral colony, but they would have nothing of it or him. He kept to himself but found nourishment at the feeding station and became semi-feral again. During a maintenance TNR session, he was neutered and released.

But, because Sensei longed for human company, he found his way to a private home. However, the homeowner was gravely ill and couldn’t care for him. Sensei couldn’t understand this and persisted in his quest to win the homeowner’s love. We were instructed to remove Sensei or else…

We were so desperate to find a foster family for Sensei, this adult black “panther”. From reports, we were told he should be an only cat as he displays strong Alpha male characteristics. That alarmed us – how and where would we find a suitable home? But the power of sharing his post and story on social media produced the most wonderful result!

The Nell family – a fearless cat-loving family – stepped forward. None of his “drawbacks” scared them! They welcomed him into their multicat household. We held our breath... The daily updates we received just got better and better. He doesn’t even flinch when the resident cats hiss at him. He’s thriving on the attention and, although a little shell-shocked at first, now enjoys playing ball! WE ARE STOKED.

I first became aware of Sensei’s plight (as an abandoned cat) when a friend shared Harties Feral Cat Rescue’s Facebook post about him. It caught my attention, because in the photos he looked a lot like my 18-year-old black cat that had passed away last year. (Sensei is in fact about twice the size of my old cat.)

Although my heart went out to him, I wasn’t quite ready to take him in. We’d recently lost a very beloved cat due to a feline illness and were still mourning him. Also, from the comments on the Facebook post, it seemed that other people were coming forward to take him. I did, however, start following Harties Feral Cat Rescue’s Facebook page.

A few weeks later, Harties Feral Cat Rescue again posted about Sensei. He’d still not been adopted, and the elderly couple who cared for him urgently needed him rehomed. It was then that our family decided that we’d try to give him a home. So, I went to fetch him late afternoon on the 1st of April 2021, just before the Easter weekend.

My children didn’t understand the name Sensei, so we decided to rename him. A piece of his left ear is missing, so the children decided to feature that in his name. Initially, they settled on “Oortjie” (from the Afrikaans word “oor”), but that was too much of a diminutive name for such a big cat, so his name became “Orie”.

Although not scared of us or our other two cats, Orie seemed somewhat disorientated and depressed in the first few days at his new home. However, he quickly relaxed and started to become more playful and affectionate.

Now, six weeks down the line, he’s totally at home. He keeps me company while I work from home during the day, greets the children when they come home from school, and chooses a different pair of legs to sleep on every night.

His favourite game is playing ball with someone. He lies on his side and kicks the ball to you, and then you have to kick it back to him to catch it. I don’t think the people who had him as a kitten played with him because he didn’t know how to play with a ribbon or use a scratch post initially. He’s learned in the meantime by watching our other cats play – clever boy!

Bringing Orie into our home presented some challenges. He’s a very strong cat with extremely long, sharp nails and teeth. Although he’s not aggressive, his play is powerful, and this scares our other cats when he tries to play with them. He also regularly scratches us when we pet or play with him. Having his nails clipped has helped somewhat, and we’re learning how to avoid his claws most of the time, but it remains a bit of a challenge. I’m hoping that with some discipline and training, he’ll eventually learn to play more gently.

Another challenge is that he REALLY likes to eat. He’ll devour any dry cat food that’s put in front of him in minutes, then he’ll go off to see if the other cats have left any food and eat that too. This presents a problem for our other two cats, as they tend to eat small quantities at a time, coming back to their food bowl now and again for another snack. Except now the food bowl is most likely empty because Orie had been there.

All in all, we’re glad that we adopted Sensei/Orie. He’s full of character and very affectionate. He’s become a part of the family. 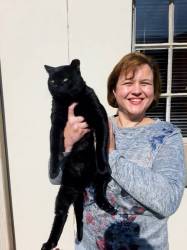 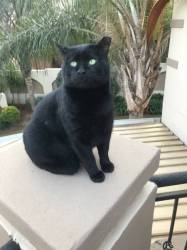 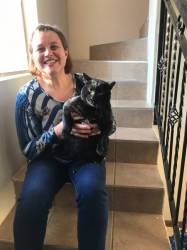 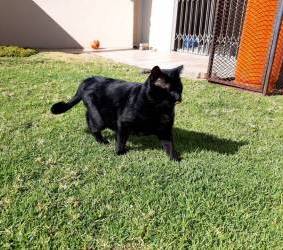 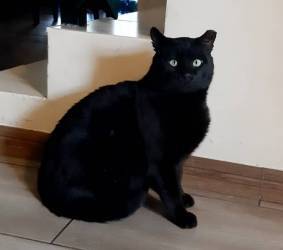 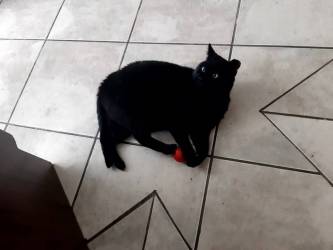 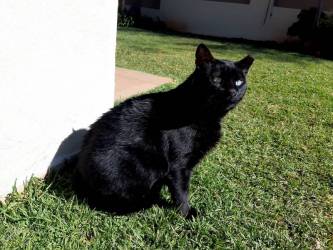 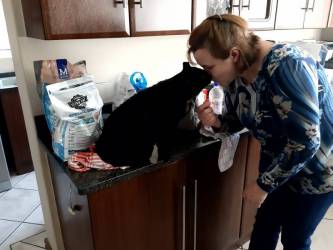 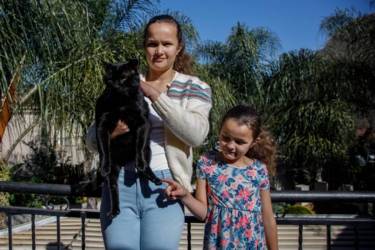 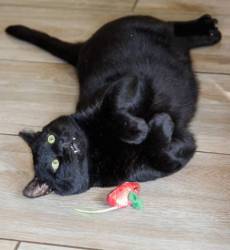 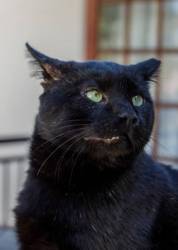 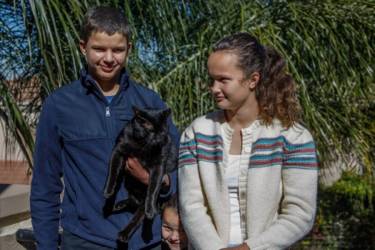 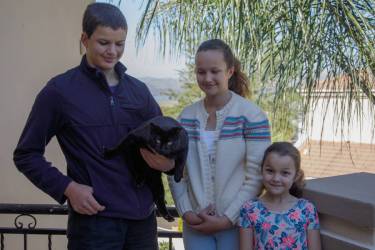 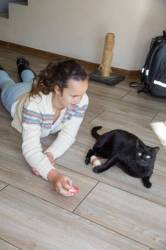 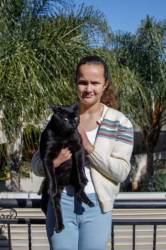 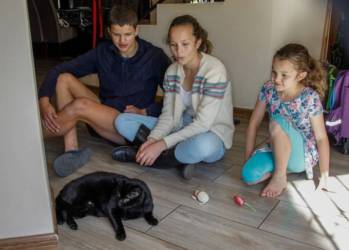 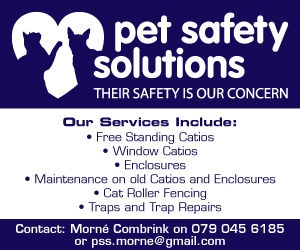 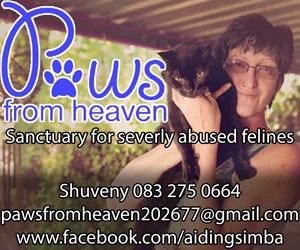 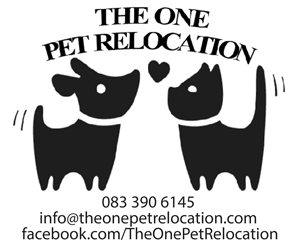 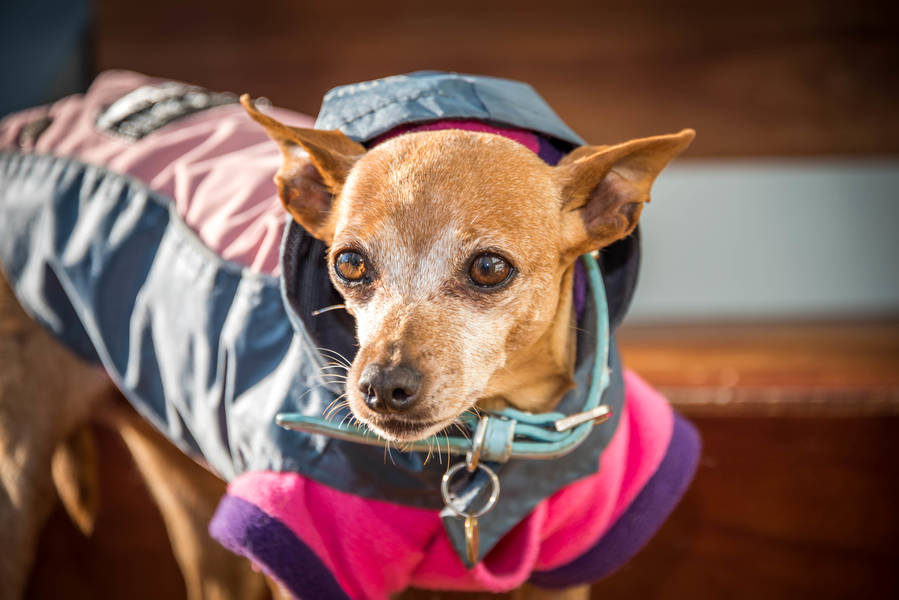