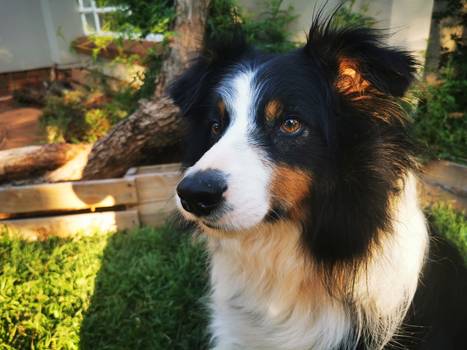 My girlfriend, Philecia, and I first saw Àsgeirr when we went to visit Ingrid Liberté from Australian Shepherd South African Rescue Organisation (ASSARO) on the farm for a few days in December 2018. Obviously, being Border Collie owners, we immediately noticed him between all the Aussies. We spent a weekend on the farm with our rescue dogs, Björn and Ylva, and we just couldn’t get him off our minds. At this stage we hadn’t even discussed adopting another dog. I told Philecia that I believed we were ready for another fur-kid, and she immediately said Bolt – that was his name at the time. So, we contacted Ingrid and told her we were interested, and in view of the fact that we work from home, he’d make a perfect fit, as he’s deaf, and we could give the attention needed.

Fast forward through to the home check and paperwork. We went to fetch him in February 2019. As with all new adoptions, it took some time getting to know each other and settle in with our other two.

Björn is our first. He’s a bit reactive and doesn’t take well to new faces. Ylva is our only girl, as she’s a proper Border Collie and the mom of the pack. All went well for a while, and everyone seemed to find their place in the bigger pack. Àsgeirr turned out to be a huge goofball. He has a dopey look on his face when he’s about to be silly. But, as most stories go, tragedy struck.

Literally overnight, Àsgeirr changed. He’d hide in corners and under things, shivering. He didn’t want to eat or go out for walks – and he loved his walks. This happened at the end of June 2019. We immediately took him to our vet, who couldn’t find anything physically wrong with him. The vet put him on meds, and it would work for a while and then back to square one. We began with an array of tests, from x-rays to sonar, and we took him to a specialist for an MRI scan. They even performed a spinal tap to test for Meningitis. All the tests came back negative, and the vet suggested that it might be a behaviour problem.

In October 2019, we adopted a puppy from Border Collie Rescue. Through all the madness, Dina Vera from Border Collie Rescue referred us to a behaviourist she trusted. We contacted animal behaviour expert Karin Pienaar Landsberg from COAPE International. She came to see us and spent hours talking to us, observing Àsgeirr and explaining what the cause might be and what the road ahead looked like to get him back to his old self. She did say that we should go to her vet, Dr Tim Hepplestone from Blue Hills Veterinary Hospital, for a second opinion regarding his physical health. At this stage, we’d just started him on Lorien, prescribed by our vet, to check if his behaviour changed.

Dr Tim checked him over and also couldn’t find anything obviously wrong with him. He said that we just needed to keep an eye on him. About a week after that, I sent him an email with a few things I’d picked up with Àsgeirr’s behaviour and asked if it could be intestinal. He said that although it was possible, there were no symptoms, but he prescribed an antacid to start with. There was an immediate change; it didn’t last, but he said that they had a few tests that could be done to establish what was causing it. We ended up taking him in for a gastroscopy, and the diagnosis came back as IBD (Inflammatory Bowel Disease).

We started him on the medication, and within a few days, Àsgeirr was back to eating like a monster. The hiding and shivers stopped. This was December 2019, the best Christmas gift ever – we had our boy back. We had to play around with the dosages, as one of the chronic tablets is cortisone. But to date he’s had only one bad day since we started with treatment. Obviously, he’s on a strict diet and treated with a biscuit every now and then.

Karin and Dr Tim said that it’s the first time they’ve seen IBD in a dog that showed little to no symptoms. No vomiting and no bloody poop.

Through all of this, Ingrid would call and follow up, give advice and cry with us. We never even considered sending him back to ASSARO. We just wanted him to get better.

The good news is that he’s off the Lorien and is only on his stomach meds. His days now consist of sleeping, eating, being a goofball, demanding cuddles and taking a dip in the fishpond every now and then.

We’re thankful that we’ve had him on medical aid since day one.

All four of our dogs are rescues. Björn (five years) was adopted from the SPCA. Ylva (seven years) and Odin (ten months) were adopted from Border Collie Rescue. 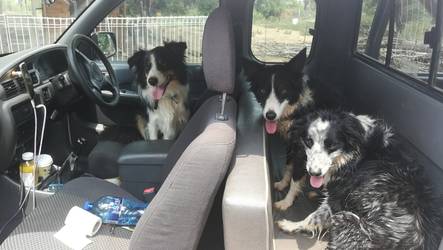 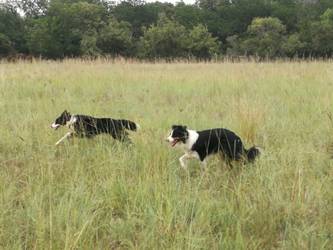 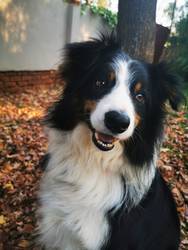 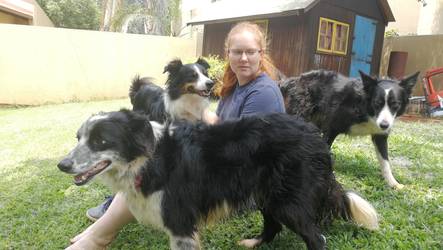 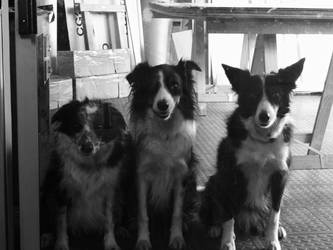 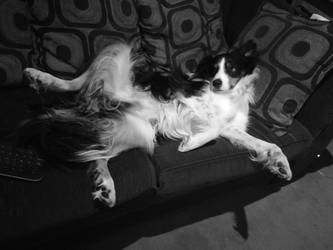 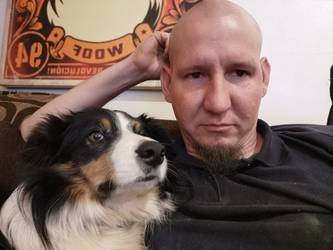 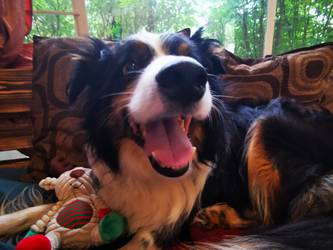 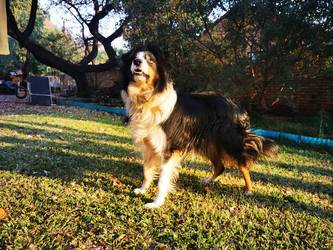 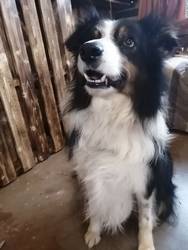 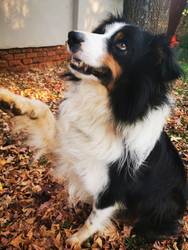 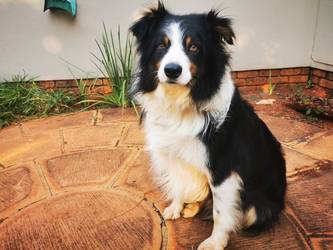 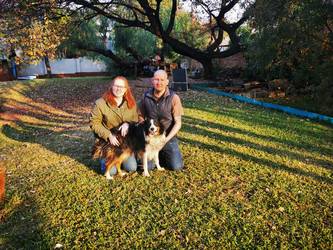