Welcoming Wheetbix to the family 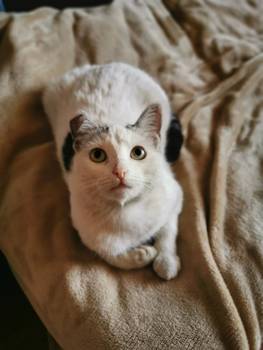 This little feral lived under a car and found most of her food from a dumpster at a public hospital in Garankuwa, north of Pretoria. Occasionally, some of the doctors living there would offer her a place to sleep in their on-call rooms, thus socialising her to humans. But doctors work long and unpredictable hours, and most are from foreign countries, so no one could offer her a permanent home.

Dr Lisa Smit, who also works at this hospital, has always been fond of animals. She comes from a family of animal lovers, has been feeding ferals since she was a little girl, and has adopted a number of fur babies from the hospital colony since she started working there.

“One day, my domestic worker, Exinia, asked if I could spare some food for a kitten at one of the other apartment blocks who was crying to get into one of the rooms and was so extremely hungry that she even ate Weet-Bix and water when offered to her by Exinia (this is where she got her name).

“I immediately set off, found the little girl and set up a feeding station for her. I subsequently took her to Broederstroom Vet for sterilisation, deworming and vaccination, where I realised just how tame she was. Dr Lee-Anne contacted Harties Feral Cat Rescue with the aim of finding a home for Wheetbix.

“Joanne Kontaxopoulos (founder of HFCR) was really helpful, and, after some time, a potential home was found. I took her back to the vet to test for FIV and FELV (all thankfully negative), and then the big decision had to be made.

“I’d originally planned on keeping her for one night (it was cold, and she’d just had a big operation). But one night turned into fostering, and fostering turned to fondness and serious love. After a long discussion with Dr Lee-Anne, and considering her well-being, my family and I decided to offer her a permanent home where she’d always be safe, cared for and loved. She now resides in a comfortable apartment where she’s doted on as my baby.”

What a happy ending for this girl! 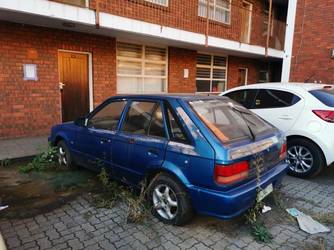 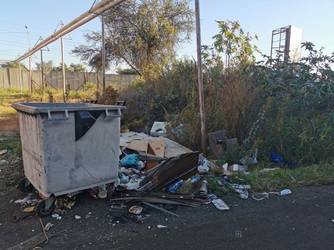 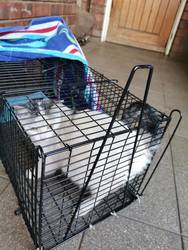 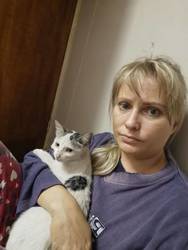 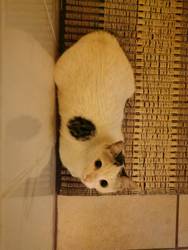 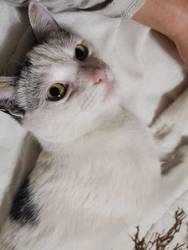 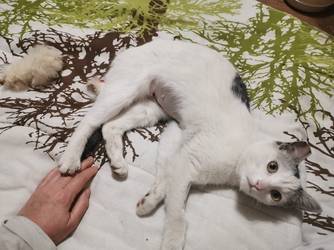 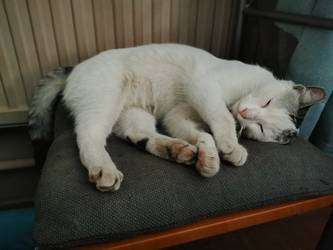 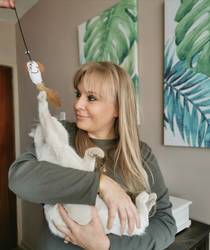 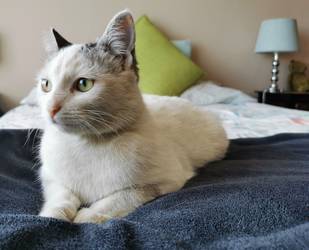 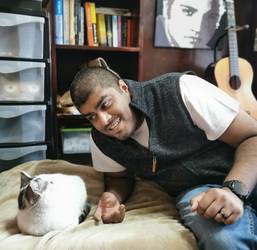 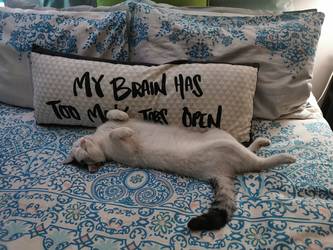 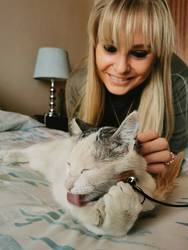 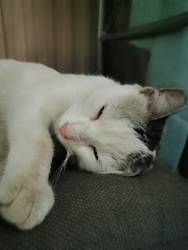 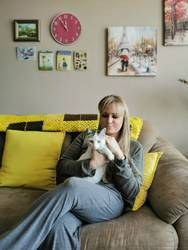